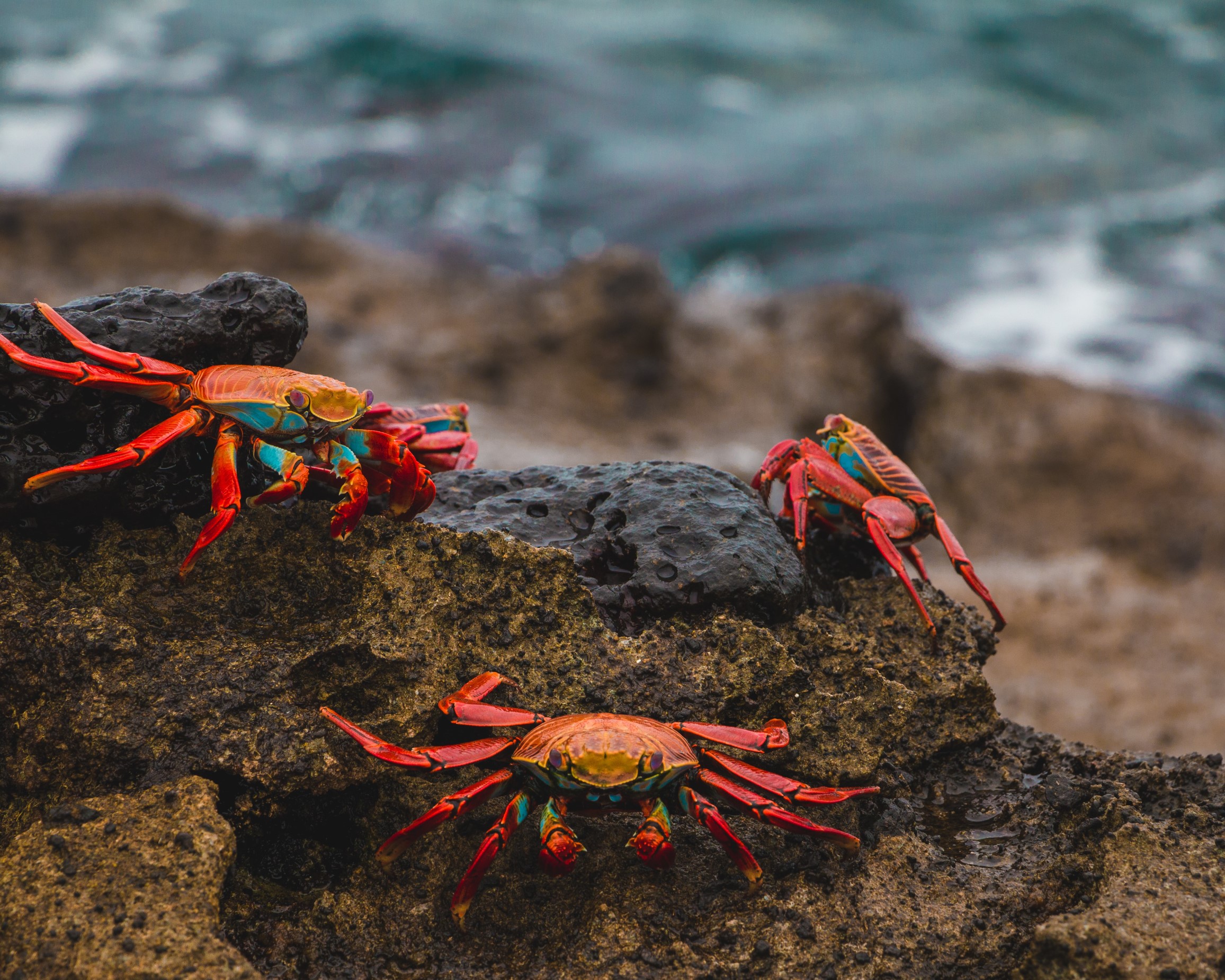 13 Amazing Facts About The Galapagos

The Galapagos islands are well known to be a true “bucket list” destination, and people come from all corners of the globe enjoy these pristine islands. The islands boast incredibly diverse marine and land wildlife that simply cannot be found anywhere else on the planet. Pair that with the natural unspoiled beauty of these islands and it's a destination that's hard to beat. It’s no wonder why Charles Darwin was so fascinated by this collection of volcanic islands and its diverse inhabitants. Visiting the Galapagos feels much like stepping into your very own nature documentary. To give you a better idea of just how amazing this place is and why you should add it to your bucket list if you have yet to do so. CruisePlus Travel & Tours presents are our top 13 facts about the Galapagos Islands.

The Galapagos is the only place in the northern hemisphere where penguins are found in their natural habitat. The Galapagos penguin is the second smallest breed of penguin on earth and is most commonly found on Fernandina Island on the west coast of Isabella island, but can be found in small numbers on a variety of other islands throughout the Galapagos

Contrary to what travellers might think, even though the islands spill over both sides of the equator the temperature remains quite comfortable the whole year round. July is the hottest month in the Galapagos with an average temperature of 77°F (25°C) and the coldest is December at 41°F (5°C), quite comfortable by anyone’s standards!

In the 16th century, the islands became a haven for pirate colonies due to their strategic location near Spanish trade routes. A few traces of pirate presence remain on Floreana Island, where caves are carved out of soft rock near a fresh water source. Some have claimed to have found pirate treasure in Galapagos. Who knows, maybe there’s still pirate loot buried somewhere on one of the islands.

Alongside the Galapagos penguin, the islands are home to the Galapagos giant tortoise long considered one of the islands most famous, and recognizable inhabitants. The islands themselves are named after the tortoise population. (the old Spanish word Galapagos translates to tortoise) The tortoises grow to an average of 1.5 meters in length and have a documented lifespan of well over a century. Find these incredible creatures in their largest populations on the Santa Cruz highlands, and near the Alcedo Volcano.

If you’re the kind of person who prefers balanced days, you’ll love the Galapagos! Due to its location on the equator, the islands enjoy 12 hours of daylight and 12 hours of night all year round.

The landscape is constantly changing, likely due to rising sea levels or possibly shifting tectonic plates. (remember the Galapagos Islands are Volcanic Islands, even if they are currently dormant.) The oldest of the islands are gradually sinking back into the ocean while the newest islands rise higher and continue to transform.

Unlike the wildlife you’ll find elsewhere, the animals in the Galapagos have very little if any fear of humans. While this creates an incredible and unique experience for travellers to have a fairly intimate encounter with various animals, there are set rules to protect the islands and their diverse inhabitants. Having very little exposure to human contact due to the low number of visitors over time have left the islands fauna without the innate fear of people that exists in more populated and visited destinations in the world.

There are well over 400 documented species of fish and 800 species of mollusks surrounding the islands. It’s the perfect location for anyone who loves to snorkel or..  seafood.

The marine iguanas found in the Galapagos are the only known lizards that swim and forage in the sea. For sightseers, keep in mind the Iguanas are most often found nesting on the rocky shores of Isabela Island where their nesting grounds are protected. While they may look like intimidating creatures, they are actually quite gentle herbivores that survive on a strict diet consisting solely of algae and seaweed.

While it was Fray Thomas de Berlanga, the Bishop of Panama who is first attributed to discovering the islands in 1535, they are more famous due to Charles Darwin’s journey to the islands in 1835 aboard the HMS Beagle. Darwin’s five-week visit to the Galapagos resulted in the world famous theory of evolution being presented in his book “The Origin of Species” published in 1859.

In 1978 UNESCO designated the Galapagos to be the very first World Heritage Site and as such, is protected under international treaties.

Now known as Post Office Bay, 19th-century sailors set up a wooden barrel on Floreana Island to act as a makeshift mailbox. Regardless of how long it might take sailors would pick up letters that were addressed to their home port to hand deliver them on behalf of the sender. This tradition continues to this day by the tourist that tour the islands.

Ready to set off on your very own Galapagos adventure? Contact an expert CruisePlus travel consultant to book your vacation today!