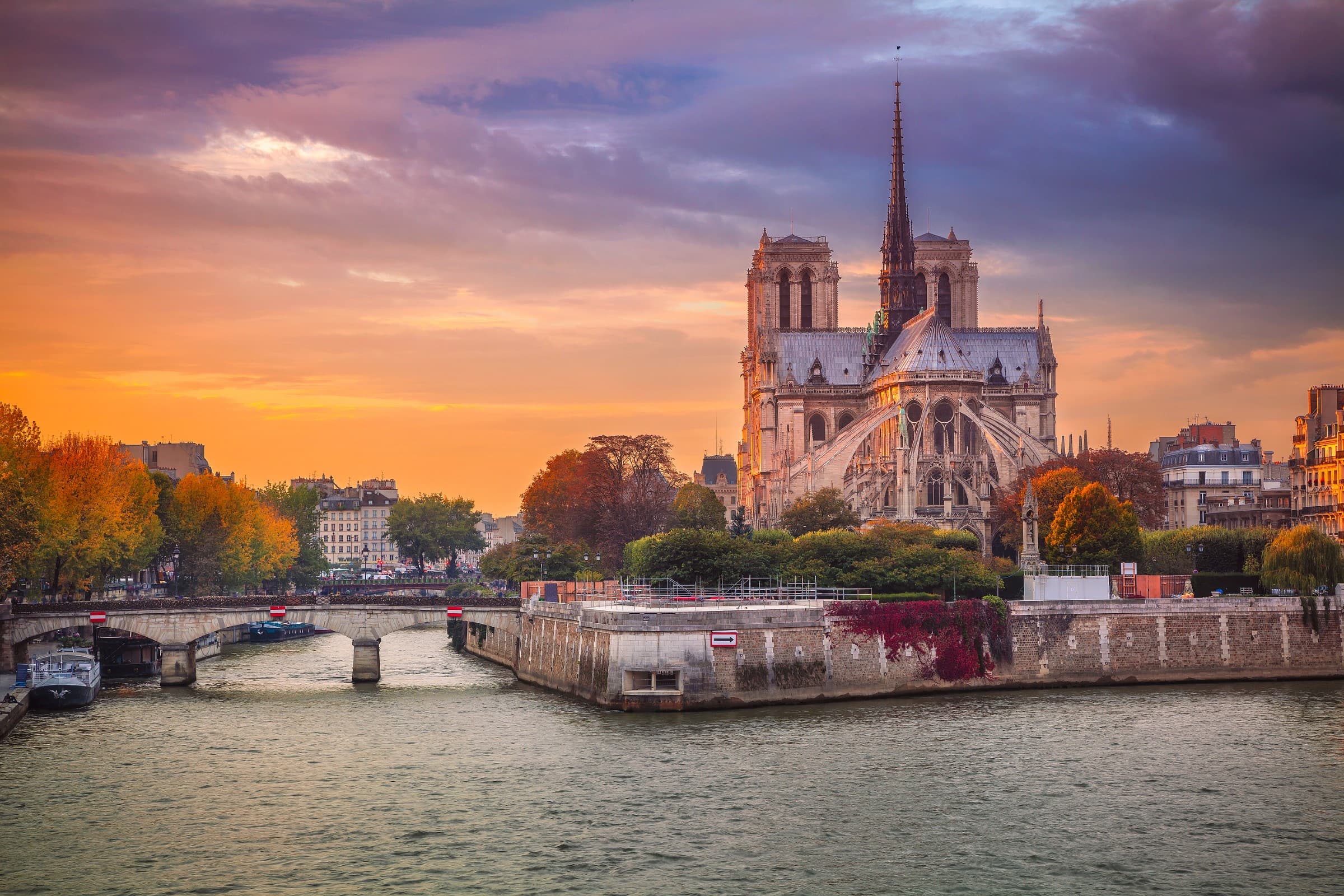 A journey steeped in wonder aboard the beautiful S.S Joie de Vivre!

Cruise from Paris through Normandy’s countryside, uncovering its many charms: Richard the Lionheart’s Chateau Gaillard, the medieval capital of Rouen, Monet’s beloved home in Giverny and the famed Normandy beaches.

Normandy has been the setting for many battles over the centuries, including the D-Day invasion of WWII, and the Normandy Beaches mean different things to different people, so you’ll have a rare choice to visit several of its historic sites, including Omaha Beach.

Experience a different side of Northern France’s history with a tour of the majestic palace of Versailles, once home to Louis XVI and Marie Antoinette.

See the best of Paris in one of three ways via the “Heart of Paris” cruise and city tour, an exclusive “Do as the Locals Do” tour or an exclusive guided “Let's Go” bike tour. There are plenty of opportunities to take part in more active experiences, such as golfing at Sainte-Mère-Église in Étretat, perched on the cliff high above the sea, making playing golf here a memorable experience and visual feast.

Our cruise deal pricing almost always includes taxes, and where not, we make that very obvious. You always know what you’re paying for when you book with CruisePlus. We value transparency in our marketing so that you are able to compare pricing apples to apples with our competition.

Your choice of credit:
Onboard Credit:
- or -
Travel Component Credit: $400pp CAD
Use your credit for Airfare, Insurance, Hotel, Shore Excursions ... booked with CruisePlus

SAVE 12% on all stateroom categories. Book by March 31, 2021 and pay in full at time of booking to be eligible for this offer. Note: Offer includes all savings

We are currently revising pricing. Please give us a call or email for full pricing details!

Other US & Canadian gateways are available. Call For Pricing.

Whether wine tasting in Burgundy, zip-lining in Costa Rica or photographing penguins in Chile, let CruisePlus & Uniworld Boutique River Cruises Shore Excursions help you connect deeply to the people and places you visit.

Enjoy this Cruise Only deal from Paris Roundtrip with Uniworld Boutique River Cruises onboard the beautiful S.S. Joie de Vivre. This journey departs on Jun 05, 2022 so don't miss out!

Arrive at Paris Charles de Gaulle Airport. If your cruise package includes a group arrival transfer or if you have purchased a private transfer, you will be greeted by a Uniworld representative and transferred to the ship.

Today is a celebration of northern France’s natural beauty, with an excursion to a splendid château and gardens situated in an equally grand setting, plus a chance to immerse yourself in the very landscapes that inspired Impressionist master Claude Monet. Visit the hilltop Château de La Roche-Guyon, surrounded by beautiful gardens and offering sweeping views over the Seine. Later, you can visit the home and gardens of Claude Monet. Or take in the beautiful French countryside in a more invigorating way, with a guided bike ride from Vernon to Giverny.

This evening, a special Captain’s Welcome Reception and Dinner will be prepared for you.

Walk in the footsteps of greatness in Normandy’s medieval capital, a city with a historic quarter that remains amazingly intact. From the cathedral Monet painted dozens of times to the cross marking the spot where Joan of Arc was martyred, Rouen is a treasure trove for the culturally curious. The roll call of famous people who lived or died in Rouen is long and varied—Richard the Lionheart, Joan of Arc, Gustave Flaubert and Claude Monet are among them.

Caudebec-en-Caux, a lovely little town on the right bank of the Seine Estuary, is your base for one of two very different excursions. You could drive through the beautiful Calvados countryside to Honfleur, a delightful seaside harbor and city of painters, or head to the windy cliffs of Étretat for a game of golf.

There are moments when we travel that move us on an otherworldly level—experiences that stir a profound emotional connection. The Normandy beaches certainly have that effect. On your full-day outing, you’ll visit Normandy’s beaches, including Utah Beach and Ste-Mère-Église, with a choice to venture to either the American, British and Australian or Canadian beaches. After, you’ll go to the American cemetery and partake in a private ceremony at the Omaha Beach Memorial—a sentimental remembrance of Operation Overlord.

How did France’s rulers live over the centuries? Step into the private rooms of the Palace of Versailles, the lavish palace built by the Sun King, to find out.

A special Captain’s Farewell Reception and Dinner will be prepared for you this evening.

Whether you’re a first-time visitor to the “City of Light” or you’ve been here many times before, there’s something for everyone today in Paris. Enjoy a panoramic overview of the city, join a local expert for a walk through two much-loved neighborhoods, or pedal your way along the Left Bank, a fresh and fun way to take in the sights.

Your information has been saved.

Pricing, amenities, itinerary and availability may change anytime without notice and many not be reflected immediately on this page.
This deal was last updated on Mar 19, 2021. 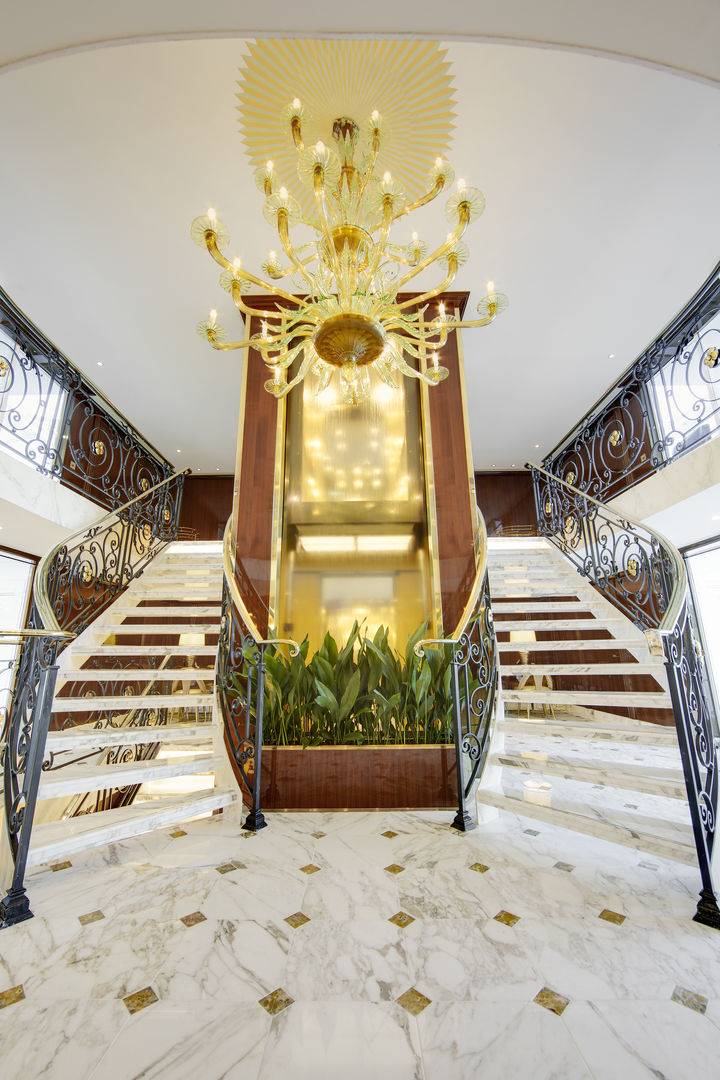 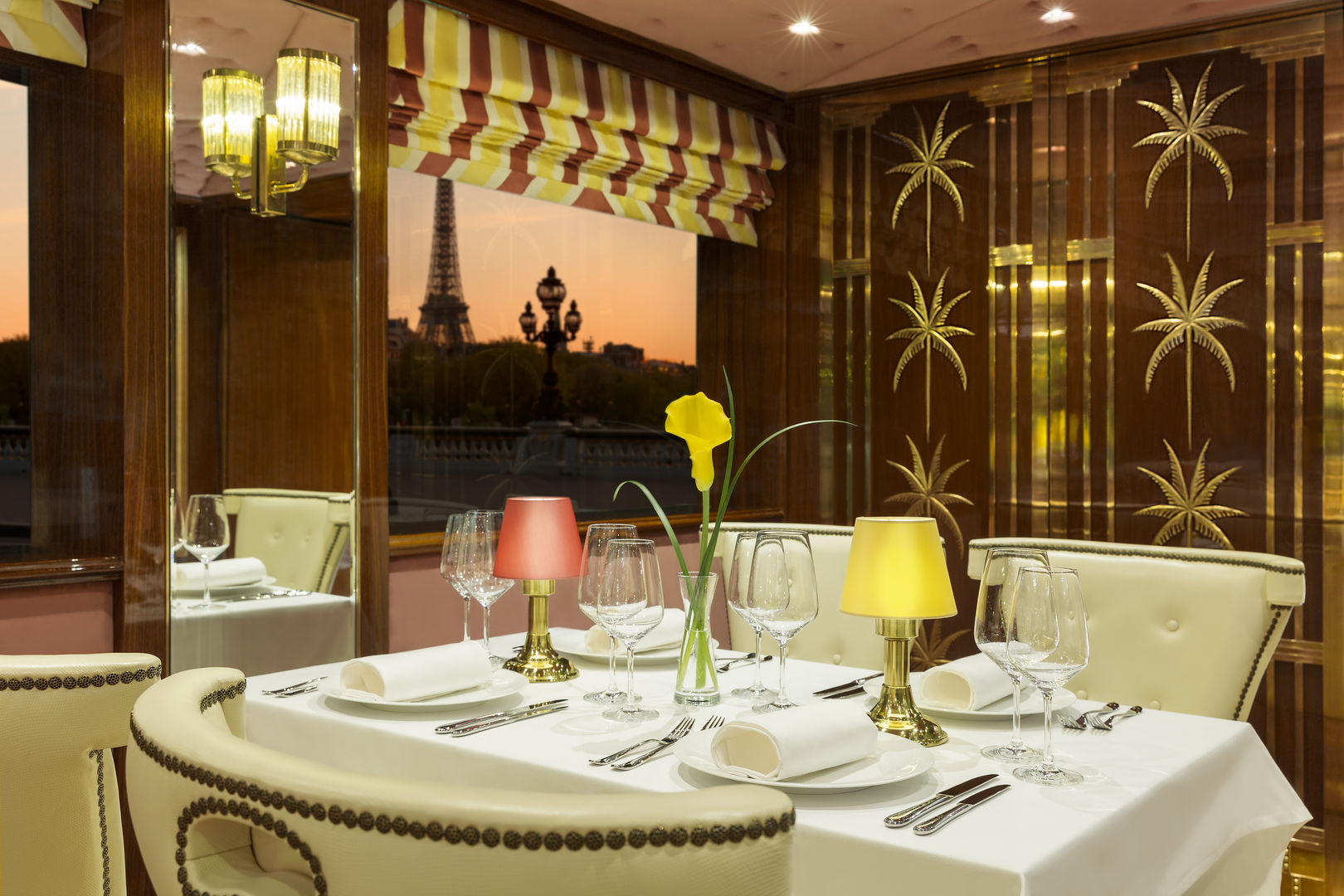 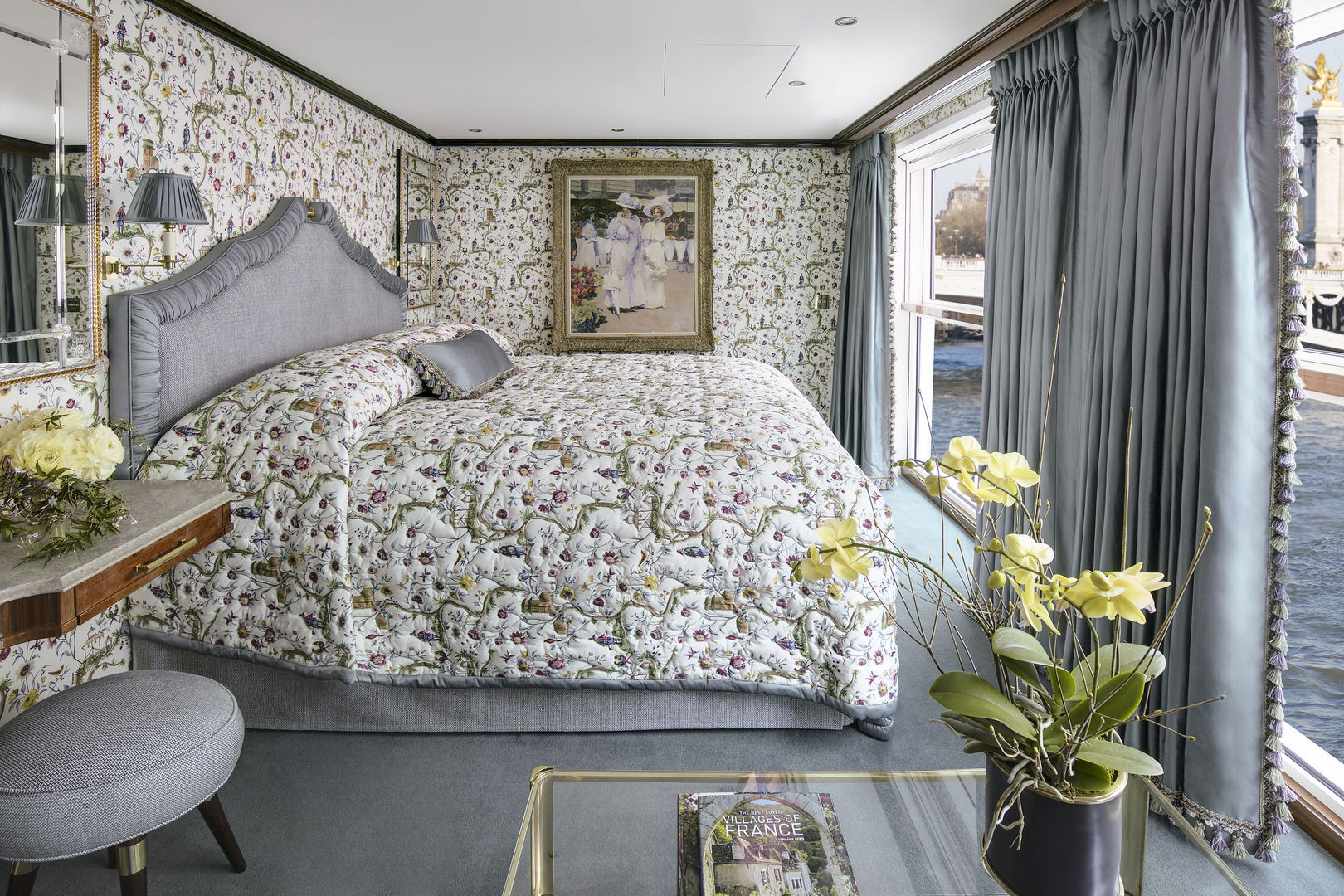 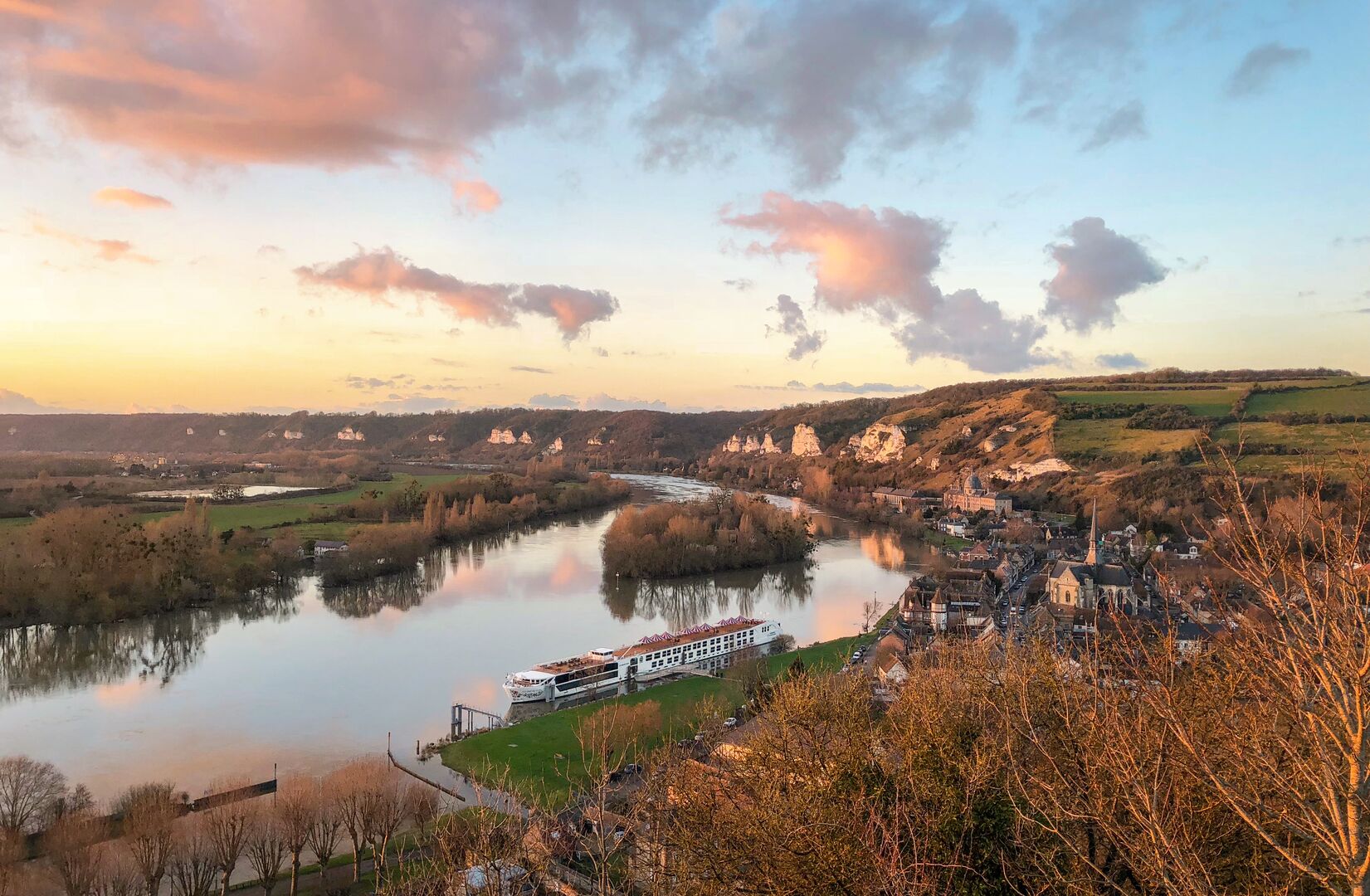 Protect Yourself with Manulife

For over 22 years CruisePlus Travel & Tours has been trusted by thousands of Canadians & Americans who believe in our top notch customer service and value. We specialize in world wide cruise travel packages, all-inclusive vacations, escorted tours & safaris. Discover the CruisePlus difference!