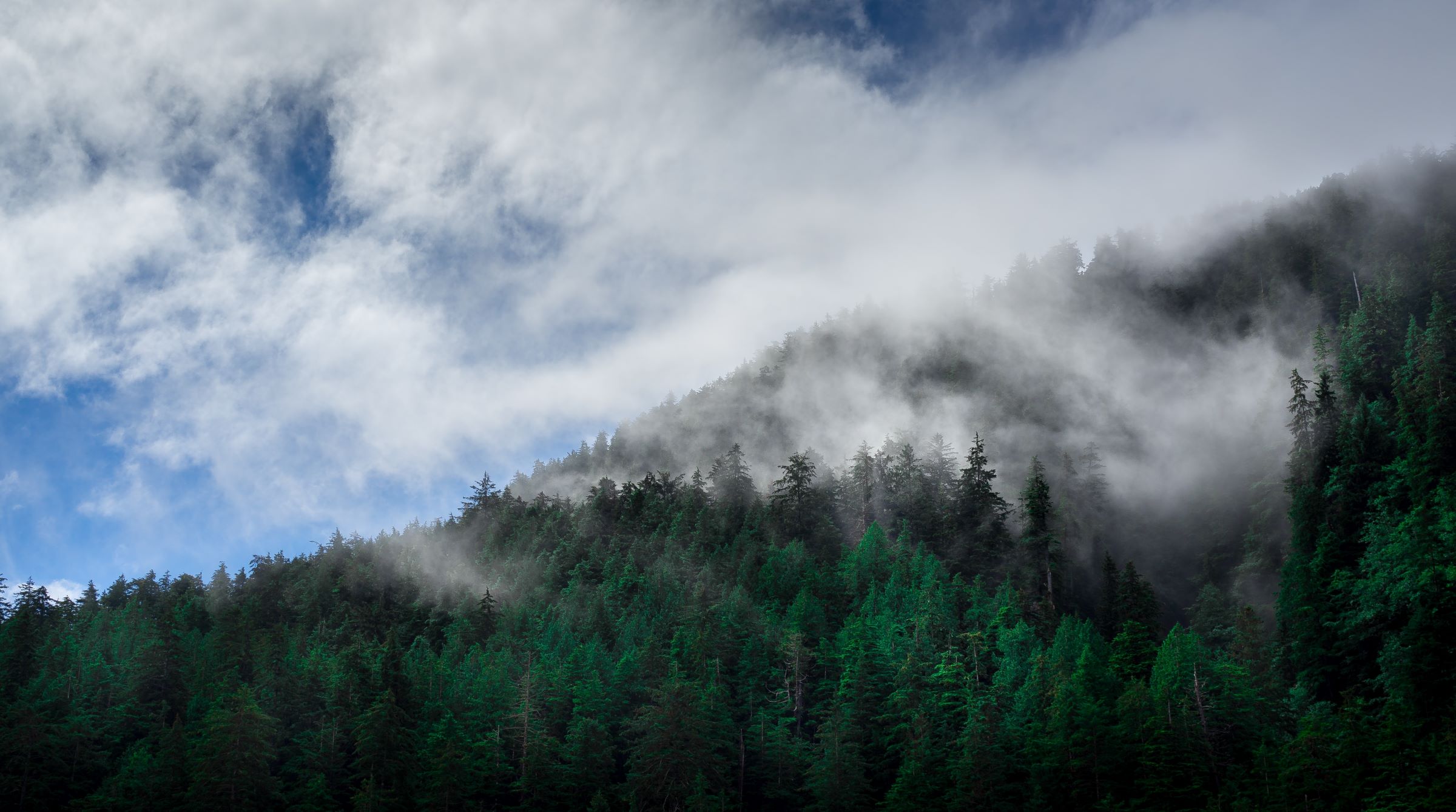 Experience a mystical world of adventure and breathtaking beauty.

Haida Gwaii is a wild and untouched archipelago on the west coast of British Columbia steeped in the culture of the Haida People dating back over 10,000 years. Discover the culture both past and present as we explore the dramatic landscapes and abundant wildlife of these incredible islands. 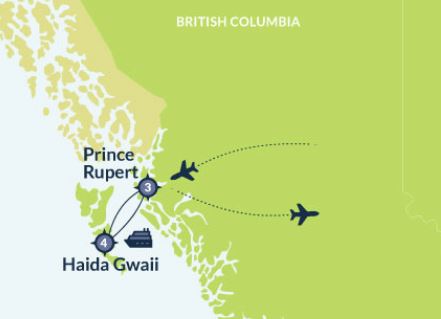 Day 1: Arrive in Prince Rupert, BC

Welcome to Prince Rupert, a bustling coastal town and a gateway to British Columbia's pristine north. Our arrival into Prince Rupert airport, located on Digby Island, and the following transfer to the main town, located on Kaien Island, provides an introduction to the lush coastal temperate rainforest environment that we will explore over the following days. Meet your fellow travellers this evening at the welcome dinner and hear your Tour Leader provide detailed guidelines on the program for the coming week. For those arriving early, we strongly recommend a walk to the nearby Museum of Northern British Columbia to learn more of the history of this area.

We discover more of the Great Bear Rainforest Coast today on our full day tour on a catamaran boat to view the wildlife of the area. In June and July we prepare for a full day of excitement to the Khutzeymateen Grizzly Bear Sanctuary, part of the Great Bear Rainforest of Northern British Columbia. On our August and September tours, we board the same boat for a full day of whale watching off the rugged coastline of Northern British Columbia. On return, there will be some free time explore Cow Bay and the many shops and restaurants along Prince Rupert's pristine waterfront.

On board a BC Ferry ship we begin our scenic journey across the Hecate Strait to Islands of Haida Gwaii. Haida Gwaii, meaning "Islands of the People" is an archipelago of over 150 islands with an incredible history surrounding the culture of the Haida People who first inhabited these islands over 10,000 years ago. We sail through the scenic Hecate Straight, named for the HMS Hecate used for surveying these waters in the 1860's. Thousands of years before being named the Hecate Strait, the strait was both a transport route to the mainland land, with its shallow waterways providing a navigational challenge to outsiders, and a source of protection for the Haida people. This afternoon we arrive in Haida Gwaii and travel to our Queen Charlotte City accommodation. Enjoy the evening at leisure to explore this quaint island village.

Perhaps one of the highlights of our Haida Gwaii tour will be this day tour to Ninstints or SGang Gwaay Llnagaay, in the Haida language. Located on Anthony Island, the World Heritage Site of Ninstints, allows you walk through the remains of a Haida village and the largest collection of carved totem poles in their original locations. The site is only accessible by water or air, so we will depart early to take a boat ride along the eastern coastline of Haida Gwaii in order to reach the site. On our way, our Haida guides will give us insights into this unique culture through storytelling, songs and talks on local history, Haida heritage and how they protect the land and waters.

Day 5: Masset and the Naikoon Provincial Park, BC

We head north to the village of Tlell and the south entrance of the Naikoon Provincial Park. Part of the traditional territory of the Haida people, the park figures prominently in their culture and history and holds many sites of cultural importance as well as historic villages and important traditional food gathering locations throughout the park. A walk along the East Beach Trail is a great experience. We strongly suggest bringing a pair of binoculars and your camera and reading up in advance about the natural and human history of Haida Gwaii before you start to gain an in-depth knowledge and appreciation of the landscape you are travelling through. We will then drive to the village of Masset located at the entrance to the Masset Inlet, an important centre for sport fishing. 10 km east of Masset is an easily walkable boardwalk trail that allows access to a blowhole as well as to Tow Hill, both important landmarks in Naikoon Provincial Park. Our stop today is a visit to the magnificent Haida Heritage Centre. The Haida Gwaii Museum is a magnificent showcase of the Haida People, culture and way of life, highlighting the traditions of all fourteen Haida Clans. With an interpreter of the museum we enjoy an interpretive tour of the facility followed by time to experience the exhibits at leisure.At the end of this day, we will return to the village of Tlell for our overnight stay at the Haida House.

Day 6: Port Clements and Tlell, BC

Travelling a short distance to Port Clements, an active forestry area, we visit the Port Clements Museum and learn about the past conditions of the forest industry in Haida Gwaii. Nearby is a short, easy hike from the museum to the Golden Spruce Trail. The trail is named after the Golden Sitka Spruce that grew at the end of the trail for nearly 300 years and had a mutation causing the spruce to grow needles of a golden yellow colour. The tree was cut down by a by a protester in 1997 leading to a Canada-wide outcry. A sapling was saved when the original tree grew and had been nurtured and grown at the Port Clements Memorial Park which we will visit after our walk along the trail. We return to Tlell, home to a variety of local artisans and take time at leisure to visit their shops and learn of their craft first hand. Our day concludes with visiting St. Mary's Spring where, if desired you can taste the fresh spring water which, according to local lore, a drink from the well will bring you back to Haida Gwaii later in life. Finally, we visit Balance Rock, a remnant of the Ice Age that looks precariously posed on the coast, but is in fact, firmly in place and immovable.

Today is a free day in Haida Gwaii to spend however you choose. Explore cultural experiences, a flight seeing tour over the islands ($$), or simply enjoy nature and the beach at the wonderful Haida House. The Haida House arranges many activities, cultural experiences and nature walks and you can easily sign up at the front desk for any one of these experiences led by the local Haida indigenous people on site. Tonight we’ll gather for a farewell dinner together and enjoy a Haida feast.

We bid farewell to Haida Gwaii as we board a transfer to Sandspit Airport to begin the journey home.

Pricing, amenities, itinerary and availability may change anytime without notice and many not be reflected immediately on this page.
This deal was last updated on May 27, 2021.