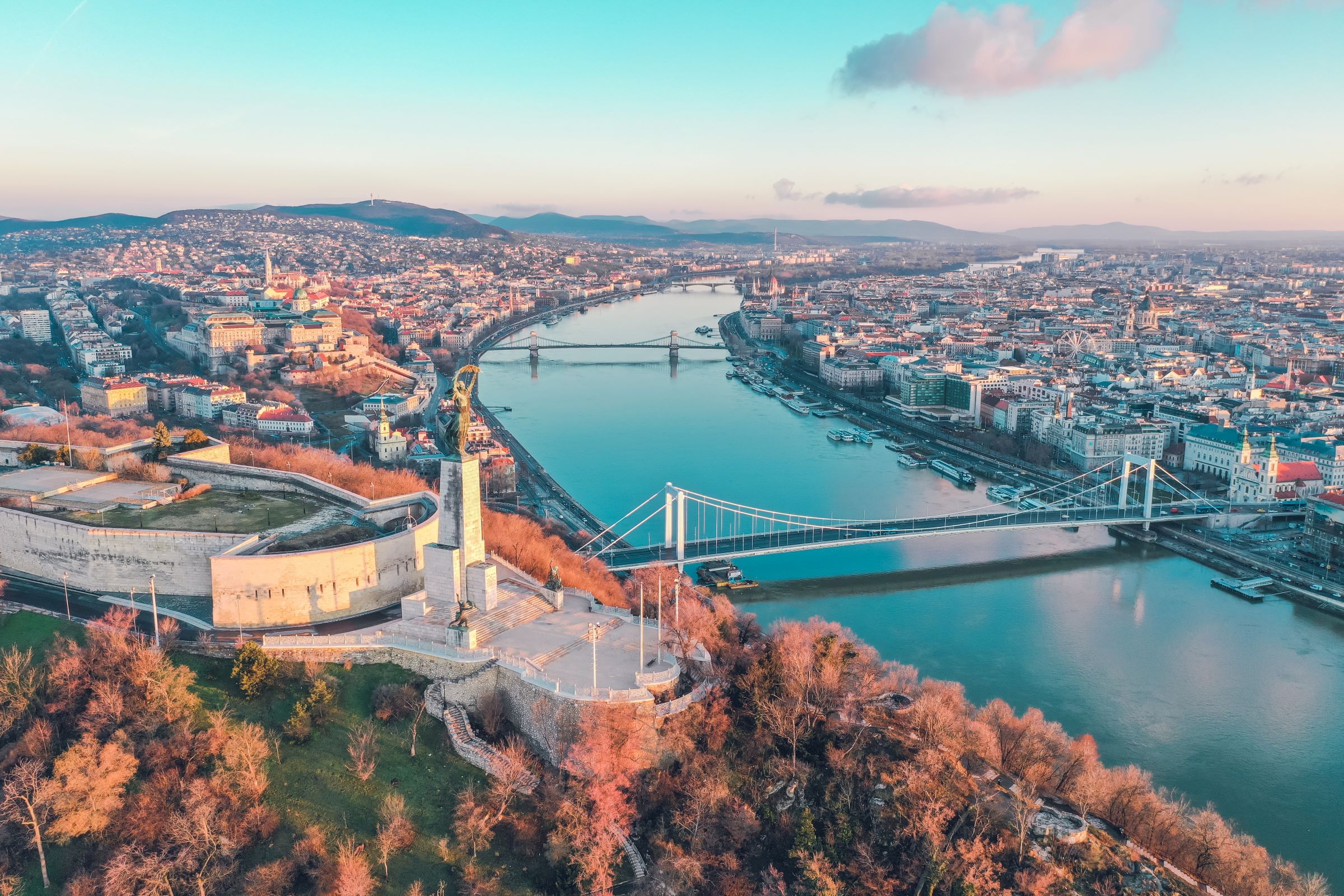 Where the river meets the sea. Span the continent on an epic journey from the cultural riches of Budapest to the pristine shores of Norway.

Span the continent on an epic journey from the cultural riches of Budapest to the pristine shores of Norway. Sail the legendary Danube into Austria’s vineyard-laden Wachau Valley. Traverse the remarkable Main–Danube Canal, pausing to sample Germany’s finest vintages and explore elegant palaces and impressive castles along the Rhine. In Kinderdijk and Amsterdam, explore Holland’s famous windmills and waterworks. Then, sail the North Sea to the seaside village of Skagen, Denmark. Set off for Norway’s dramatic fjord landscapes, journeying from vibrant Oslo and history-rich Kristiansand to cosmopolitan Stavanger and spectacularly scenic Flåm. Disembark in historic Bergen, a city with deep Viking roots. 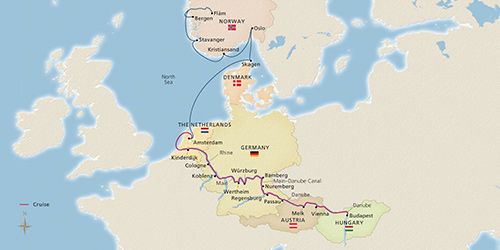 Day 1 | River Cruise | Budapest, Hungary | Budapest is aptly called “Paris of the East” for its beautiful evening illumination and reflected lights in the Danube’s waters.

Day 5 | River Cruise | Wachau Valley, Austria Melk, Austria | Amid the picturesque villages and hilltop castles of the Wachau Valley, famous for its wine-growing, lies the charming city of Melk and its 900-year-old Benedictine abbey.

Day 7 |River Cruise | Regensburg, Germany | Having escaped major damage during World War II, the picturesque town of Regensburg is one of Europe’s best preserved medieval cities and the oldest city along the Danube.

Day 8 | River Cruise | Main-Danube Canal Nuremberg, Germany | One of Germany’s most renowned and intriguing cities, Nuremberg is surrounded by 13th-century walls that have many fully intact gates and watchtowers.

Day 10 | River Cruise | Würzburg, Germany | Würzburg is home to the Bishops’ Residenz, one of Germany’s largest and most ornate palaces and a UNESCO World Heritage Site.

Day 11 | River Cruise | Wertheim, Germany Main River, Spessart | Situated at the confluence of the Main and Tauber Rivers, Wertheim is a charming town brimming with history.

Day 12 | River Cruise | Middle Rhine Koblenz, Germany | On a breathtaking stretch of the Rhine that leads from medieval Koblenz to Braubach to Rüdesheim, the 11th-century Marksburg Castle towers over the river.

Day 13 | River Cruise | Cologne, Germany | An intriguing mix of old and new, Cologne reveals its Roman heritage in the city layout and ancient ruins that lie scattered through the town.

Day 14 | River Cruise | Waal & Merwede Kinderdijk, The Netherlands | The South Holland village community of Kinderdijk includes a set of 19 windmills and other ingenious technologies built in the 18th century to control flooding.

Day 15 | River/Ocean Cruise | Amsterdam, The Netherlands Amsterdam, city of charming canals and elegant, gabled houses is a delight to explore. Today, you will depart your river ship and transfer to Viking Sun to continue your Viking Voyage by ocean.

Day 16 | Ocean Cruise | Cruise the North Sea | The North Sea has been central to Europe’s history, from Viking voyages to oil drilling.

Pricing, amenities, itinerary and availability may change anytime without notice and many not be reflected immediately on this page.
This deal was last updated on May 20, 2021.