Explore the Pacific Northwest and Mexico in Luxury! 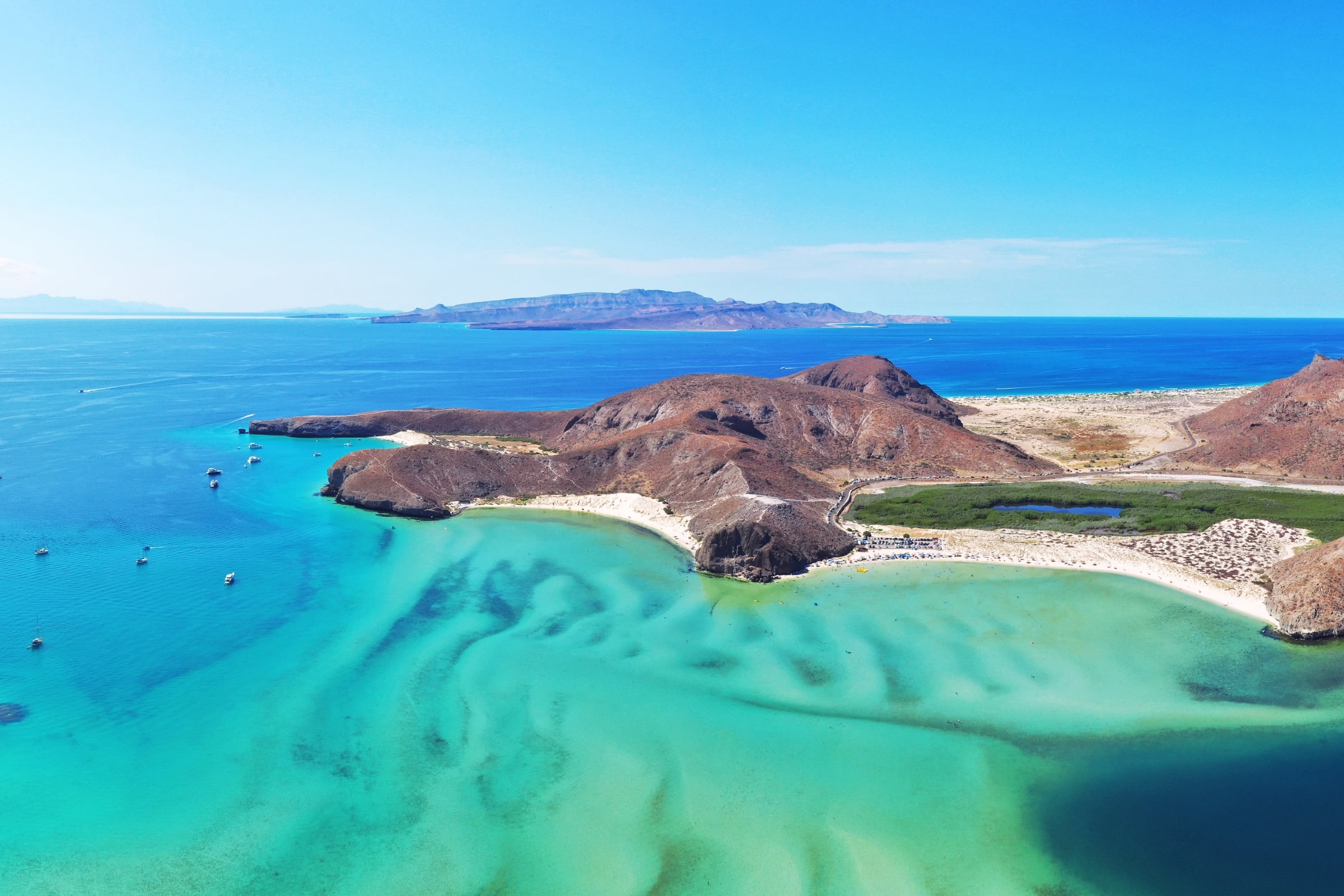 Towering redwoods, the Golden Gate Bridge and a UNESCO World Heritage Site… Put simply, this voyage has it all! Starting in Vancouver, travel the down the American west coast for a chance to enjoy Oregon’s massive forests and California’s natural beauty. Then it’s time to enjoy the many faces of Mexico; golden beaches in Cabo, the impressive scenic beauty of La Paz National Park and the unmissable Isla San Fransisco in the Sea of Cortez. Puerto Vallarta’s dense jungle completes.

Stanley Park is a magnificent green oasis on the urban landscape of Vancouver with a scenic seawall boasting views of water, mountains, sky, and beautiful trees. Visiting the many famous landmarks including First Nations totem poles, the Aquarium, & gorgeous gardens are always a treat. 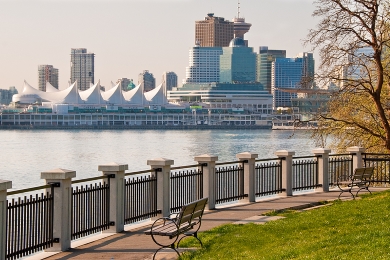 A 125-foot column which sits atop of Coxcomb Hill overlooking Astoria which was added to the National Register of Historic Places on May 2, 1974. Built in 1926, the tower has a 164-step staircase ascending to the top of the observation deck. 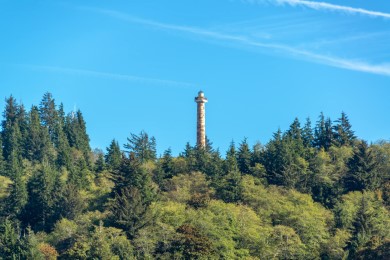 Antique cable cars on exhibit in the historic building that houses the cable-pulling equipment. 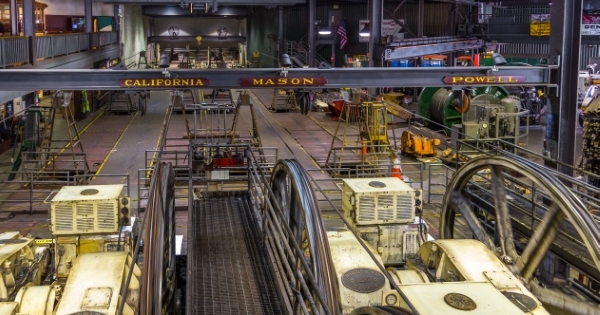 The arch of Cabo San Lucas, is a distinctive rock formation at the southern tip of Cabo San Lucas, which is itself the extreme southern end of Mexico's Baja California Peninsula. The arch is locally known as "El Arco," which means "the arch" in Spanish, or "Land's End." 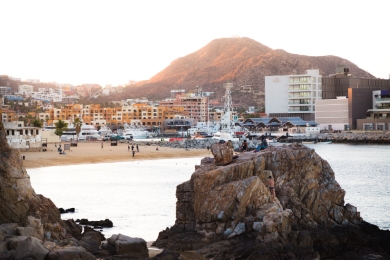 Boasting mountains, sea, culture, art and so much more, many cities claim to have it all, but few can back it up like Vancouver. Famously livable, just visiting this highrise city - surrounded by staggering natural beauty - is a thrill.

Neah Bay is the most north-westerly settlement of the contiguous USA, where the Strait of Juan de Fuca meets the heaving Pacific Ocean, with the rocky arms of nearby Cape Flattery projecting out in open embrace. It is home to the Makah people, who describe their lands at the tip of the Olympic Peninsula of Washington State as “the beginning of the world”.

Welcome to the “Beaver State” where Rainier awaits you. This charming city is nestled on the southern shore of the Columbia River, the natural border between Oregon and Washington State.

Portland, Oregon’s largest city is located at the merging of the Williamette and Columbia Rivers.

Located on the Columbia River, near the Pacific Ocean, Astoria is a pretty American West Coast port that is part bohemian, part all-American.

With its spectacular bay, iconic bridge and contagious energy, the question is more what isn’t there to do in San Francisco rather than what is? It’s the city with a little bit of everything… Hippie havens, digital geniuses, oodles of American history and of course, Alcatraz.

Monterey is one of the more beautiful coastal cities in California. It is located on the central coast and is known for its magnificent natural beauty, world famous Aquarium, and temperate year-round climate.

Santa Cruz Island is the largest of the eight islands that make up the Channel Islands, being 22 miles long and up to 6 miles wide. It is home to an amazing array of natural features, including three mountain ranges with the highest peak above 2000 feet, a large central valley/fault system, deep canyons, year round springs and streams, 77 miles of craggy coastline cliffs, giant sea caves, pristine tide pools and expansive beaches.

Found at the tip of Baja California, Cabo San Lucas is where the desert meets the ocean. Although it has received a makeover of modern Americana in recent years, this place is still a world away from everywhere else in Mexico.

While La Paz is the perfect starting point for exploring the Baja Peninsula, it holds plenty of attractions of its own, from the iconic Cathedral of Our Lady of La Paz, to colourful street art that celebrates the region’s rich natural history, all of which is hemmed in by stunning beaches such as the one at Balandra, with its much-photographed Mushroom Rock (best seen at low tide).

With sun-kissed sandy beaches lapped by bright turquoise waters, the stunning Isla Espiritu Santo allows you to melt into total relaxation, far from the cares of the world. Yet this desert island offers so much more - both it and the surrounding waters are teeming with life. No wonder then, that it forms part of the Gulf of California UNESCO Natural World Heritage site.

The contrasting beauty of lush mangroves against the dry and rocky rumpled hills, along with abundant birdlife, magnificent panoramas and some local legend, means Isla San José will leave an indelible mark on your memory.

Isla San Francisco is a small island on the eastern coast of Baja California Sur. With an arc so perfect it appears manmade, Isla San Francisco has a stunningly beautiful desert beach on its south-western side.

Fusing hippie chic, a start studded past and vibrant adventure, Puerto Vallarta promises a little of everything. 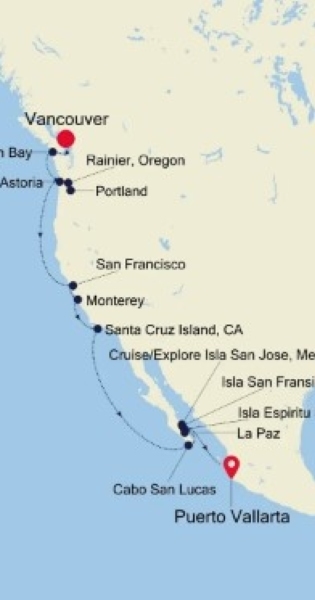