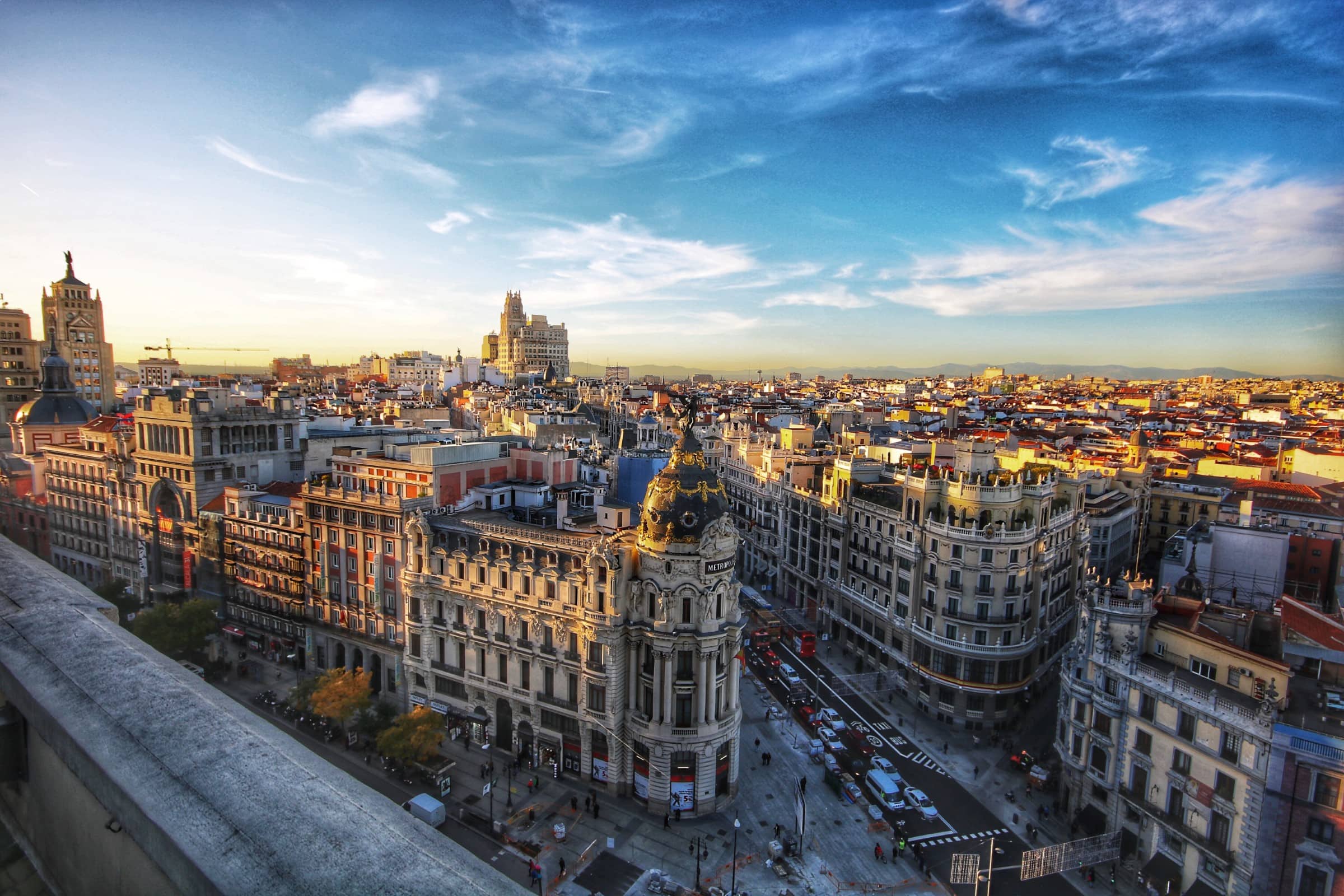 Two iconic cities, Lisbon and Madrid, provide the perfect start and end to a grand journey through Portugal and Spain. Cosmopolitan Lisbon offers a treasure trove of Old World architecture and a wealth of stories about its famed explorers; and then there is the seaside town of Sintra, one of the loveliest mountain villages in Portugal and a favorite summer residence of the Portuguese royal family for more than 500 years. Set sail in Porto, the beautiful “City of Bridges” and gateway to the Douro River Valley, a UNESCO World Heritage Site, with rambling vineyards and charming quintas, which cling to the steep sides of the river. Taste wines from these vineyards and discover the timeless traditions of Portuguese winemaking throughout your journey before visiting some of Spain’s glorious cities: the golden-hued city of Salamanca, the ancient walled city of Toledo, and cosmopolitan Madrid, renowned for its world-class museums, stately gardens and lively tapas bars.

Ribeira is Porto’s biggest heart-stealer. Its UNESO World Heritage maze of medieval alleys zigzag down to the Douro River. A picturesque piazza where tourist and locals mingle, with taverns, restaurants, shops and the perfect place to see the iconic Luis I Bridge. 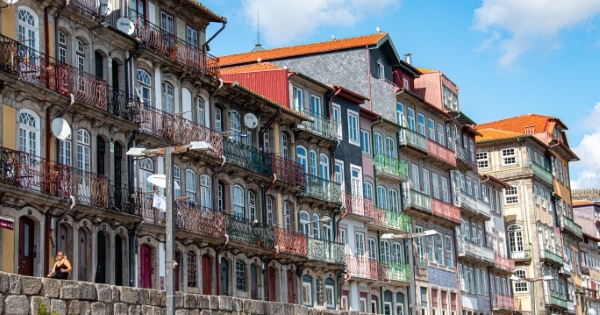 The Dom Luís I Bridge, or Luís I Bridge, is a double-deck metal arch bridge that spans the River Douro between the cities of Porto and Vila Nova de Gaia in Portugal. At its construction, its 172 metres span was the longest of its type in the world. 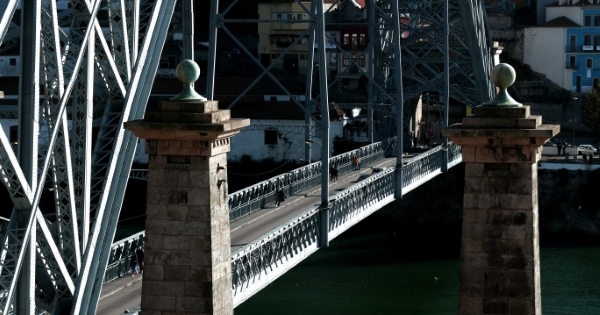 The unique four-story Belem Tower fortress sits directly on the banks of the Tagus, and was built in the 16th century to defend the harbor. Originally a lighthouse, it was also used as a prison. 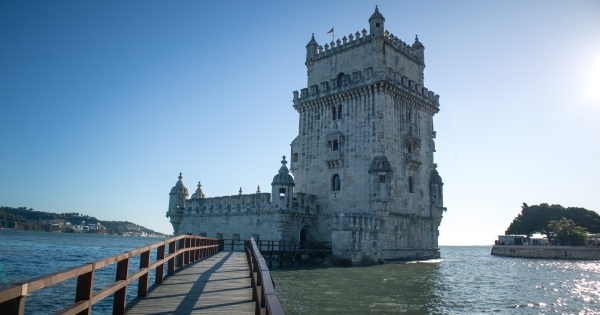 You’ll visit the walled city of Toledo, a UNESCO World Heritage Site and the ancient capital of Spain. The city is a treasure trove of artistic riches that once inspired Spanish Renaissance artist, El Greco, with its winding streets and well-preserved medieval architecture. As part of your guided tour, you will visit the Cathedral of Toledo (one of the world’s greatest Gothic structures) as well as the Synagogue Santa Maria La Blanca in the Jewish Quarter.

Depart Madrid for an excursion to Salamanca, a UNESCO World Heritage Site located at the center of Spain’s Castilla y León region. Your guided city tour includes the university buildings, Salamanca Cathedral and the uniquely adorned House of Shells. Later, you will be transferred to Vega de Terrón to board your river ship.

Venture to Castelo Rodrigo, known as the “White Village” because of its almond trees. The site offers spectacular views of the surrounding area. Join a walking tour through its medieval streets and see the houses and establishments with 16th-century façade and Manueline-style windows. If you prefer a more active adventure there, you can hike up to the town. At the end of both tours, enjoy a tasting of local favorites, such as almonds, cheese, bread and wine. Later in the day, cruise along the scenic Douro to Pinhão.

Embark on a leisurely walk to the charming Pinhão Railway Station, a stunning train station along the Douro Line, one of the most iconic rail journeys in Portugal. The station’s main building is revered for its 25 tile panels, all in shades of blue, that depict scenes from the Douro region. Afterward, enjoy an exclusive lunch at Quinta da Avessada, where you’ll enjoy an authentic and traditional dining experience complete with entertainment. The warm, spirited hospitality of this family-run quinta is quite special as you will discover. Several family members play in a band, and while dining, they will entertain you. Quinta de Avessada is also a fascinating interactive museum commemorating the history and culture of wine in the Alto Douro region, so you’ll have fun discovering all the various stages of wine production as well as doing plenty of tasting. Later in the day, a wine tasting will be waiting for you in a local quinta.

Begin your day with a tour of the 18th-century Palacio Anadia, or Palace of the Counts, known for its beautiful interior and stained-glass windows. Later in the day, you have a choice of two excursions. Your first option is an excursion to ancient and picturesque Lamego, home to one of the most important pilgrimage sites in Portugal, the Nossa Senhora dos Remédios (Sanctuary of Our Lady of Remedies). For active adventurers, you can hike up the famed Lamego Steps, also known as the Holy Staircase.

Enjoy a scenic cruise along the Douro from Régua to Entre-Os-Rios. This will be followed by a traditional “home-cooked” meal at a local quinta.

Enjoy a morning of scenic cruising on your way to Porto, then join a guided tour of Porto’s historic quarter, a UNESCO World Heritage Site. You’ll see the Cathedral, one of the city’s oldest monuments; the main square, ringed with shops and cafés; and the São Bento Railway Station, known for its blue and white tile panels depicting scenes from Portuguese history. You’ll also enjoy a tasting of Port, Portugal’s most renowned contribution to the world of wine. For a more active adventure, join a hike in Porto and explore the old harbor quarter, passing through the medieval streets of Porto; afterwards, indulge in a Port wine tasting

After disembarking your ship, take a motorcoach ride through the Portuguese countryside. Stop in Tomar and visit the castle of the Knights Templar, the walls of which envelop the elaborate Convent of Christ, a UNESCO World Heritage Site from the 12th century boasting spectacular frescoes and azulejos (iconic blue painted tiles). Afterward, continue to Lisbon to check into your hotel.

One of Europe’s most beautiful cities, Lisbon sprawls across several hills along the Tagus River. Your city tour includes two UNESCO World Heritage Sites. You’ll see the fortified Belém Tower and visit the spectacular Jerónimos Monastery, a late Gothic-style structure. The rest of the afternoon is free for you to explore the city at your leisure, perhaps to visit the Castle of São Jorge or the Santa Justa Elevator that overlooks the castle, the river and Rossio Square.

Enjoy a morning excursion to Serra de Sintra, one of the most picturesque mountain villages in Portugal, a former summer residence of the Portuguese royal family and a source of inspiration for Lord Byron and generations of other artists and poets. Your guided tour includes a visit to the Pena Palace, a fairytale castle situated high on a rocky peak, followed by free time. 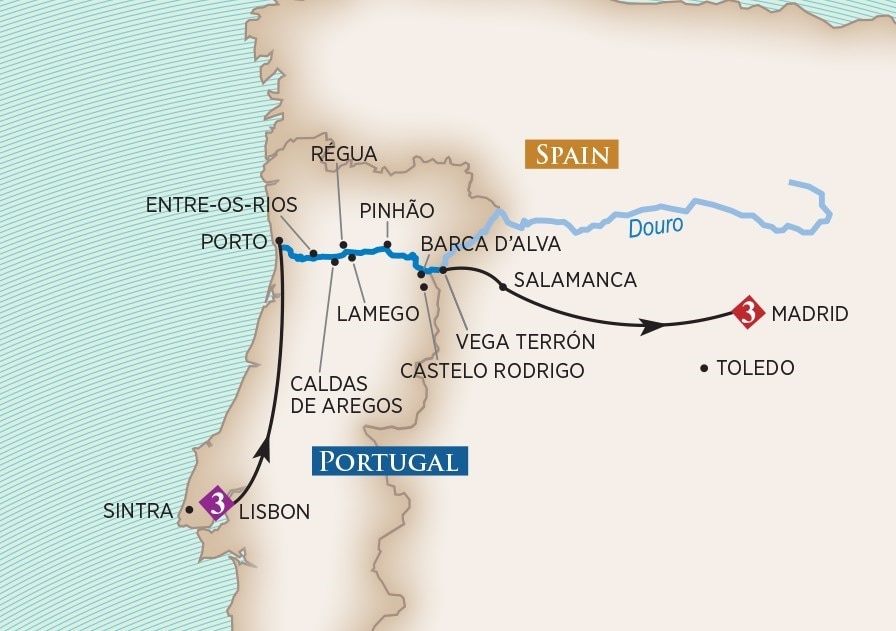