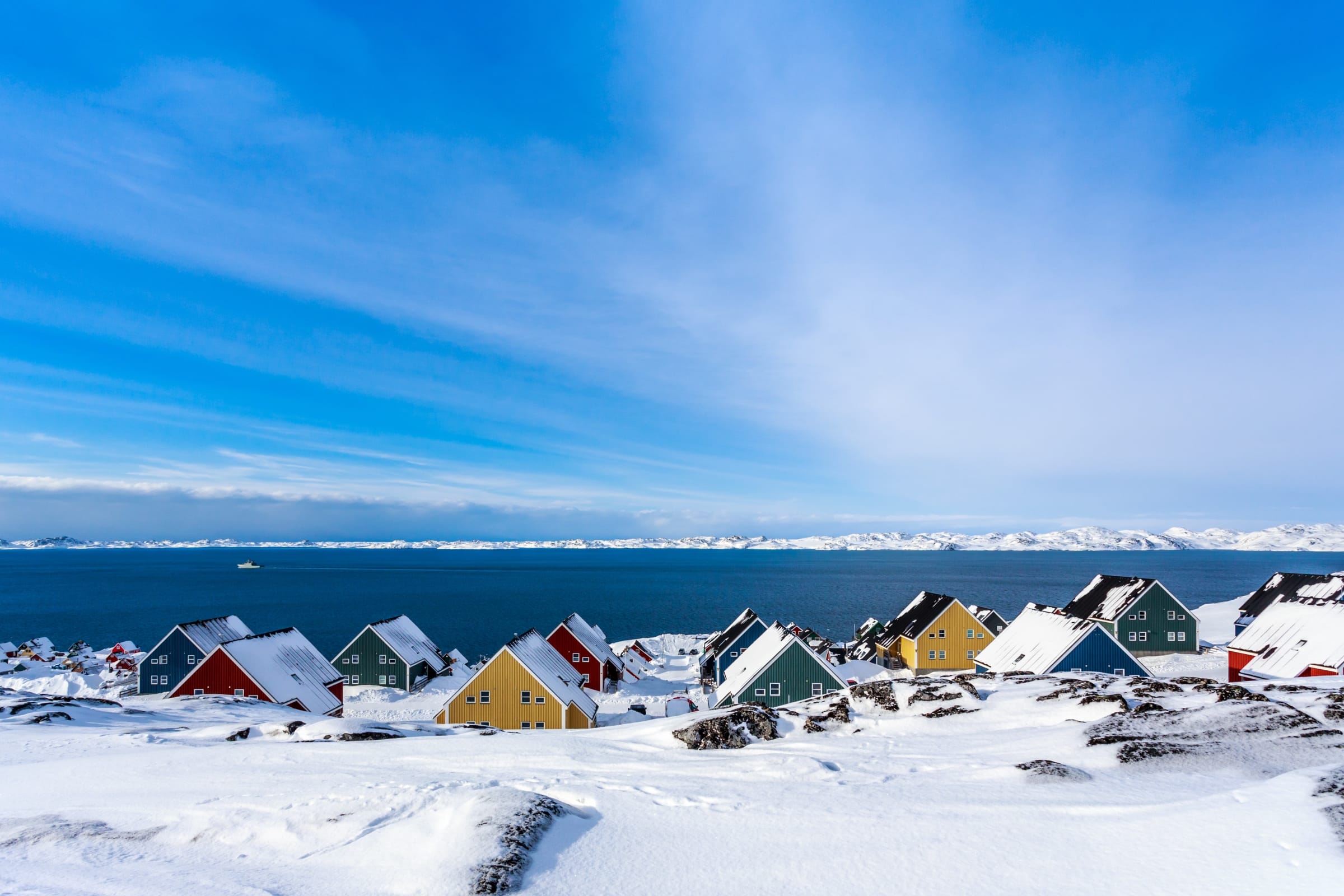 12 Day Iceland to Greenland: In the Wake of the Vikings

12 Day Iceland to Greenland: In the Wake of the Vikings

The Norse originally set sail from Iceland in search of plentiful farmland, and their search got rewarded in the beautiful and fertile fjords of Greenland. Follow Erik the Red’s original route to explore this seldom-seen coastline, visiting important archaeological sites and modern Greenlandic communities along the way. 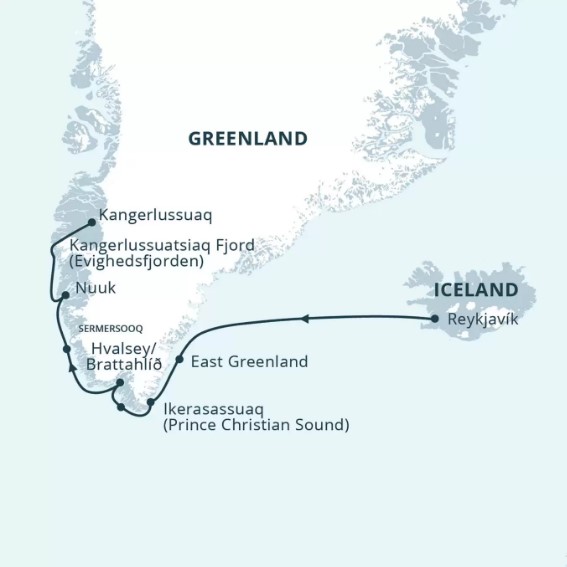 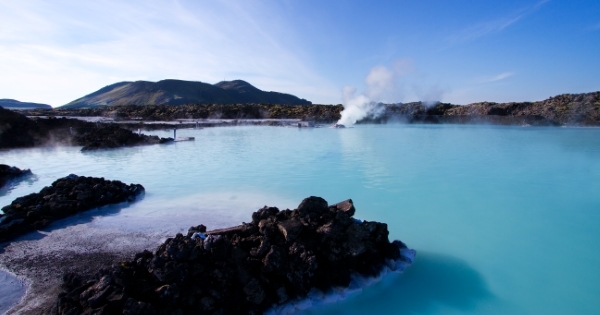 Established in 1930 to protect an area of true historical, cultural and geological value, this remarkable national shrine features Iceland's largest natural lake and amazing views of the continental rift known as the Mid-Atlantic Ridge.

Pricing
Call for pricing!
Pricing is per person, in USD and based on double occupancy. Additional terms & conditions apply.

Board the Ocean Endeavour for an evening departure after enjoying a day of self-guided exploration in Reykjavík.

Iceland’s cosmopolitan capital was established in the year 874 CE.

Powered by geothermal energy, Reykjavík is widely considered one of the cleanest, greenest cities on Earth. Food, culture, and nightlife abound.

The National Culture House preserves treasures like the Poetic Edda and the Norse Sagas in their original manuscripts.

Watch for whales and seabirds as we sail the Denmark Strait.

You’ll be truly in the wake of the Vikings as we journey westward from Iceland.

The onboard learning program will prepare you for the archaeology, history, culture, and wildlife that await you in Greenland!

Explore the remote reaches of east Greenland by ship, in Zodiacs, and on land.

Your first views of this seldom-visited region will reveal a stunning coastline traced with innumerable fjords and potentially dotted with pack ice.

Join our expedition team out on deck to watch for iconic Arctic wildlife, such as muskox, seals, and humpback whales.

Make the most of your time out on deck, as our experts scout for opportunities to go ashore along this breathtaking landscape.

Soak in the breathtaking beauty of one of the world’s most majestic waterways, Ikerasassuaq (Prince Christian Sound), where the Irminger and Labrador Seas join through the islands of the Cape Farewell Archipelago.

Along its southern coast, Greenland lives up to its name; the land is fertile, agriculture thrives, and farms and vegetable husbandry contrast with the ice that covers so much of the rest of the country.

Walk amongst the ruins of captivating history!

Learn more about the settlement at haunting Hvalsey, a major Norse centre in the early centuries of the last millennium.

Hvalsey Church is the best-preserved Norse ruin in Greenland—the last known record from the original Norse colony is of a wedding held here in September 1408!

Visit fascinating Brattahlíð, a UNESCO World Heritage Site in the most fertile region of Greenland.

Walk amongst a reconstructed Norse church and Viking longhouse to fully immerse yourself in the experience.

It was once the home of Viking explorer Erik the Red and his descendants until the 1400s. Today, Greenlandic Inuit run the sheep farms originally worked by Norse settlers.

Explore the Sermersooq region of Greenland by Zodiac or by foot, as landing conditions permit.

Here you’ll find a stunning myriad of mountain peaks, glaciers, and deep fjords, with records of human habitation that stretch back over 1,500 years.

Keep a look out for nattoralik (white-tailed eagles), seabirds, and marine mammals while you enjoy the lush vegetation of southwest Greenland.

Stop in at vibrant Nuuk, the capital of Greenland.

Visit the Greenland National Museum, one of the city’s many outstanding features, where the world-famous Qilakitsoq mummies rest.

The old harbour includes many buildings dating from Danish colonial days, while contemporary Nuuk is known for art, shopping, pubs, and cafés.

Day 12: Kangerlussuatsiaq Fjord (Evighedsfjorden)
Take a Zodiac Cruise at the Foot of a Glacier

See why Kangerlussuatsiaq lives up to its Danish name, Evighedsfjorden, which means “the fjord of eternity.”

Explore this sublime glacial landscape by ship and by Zodiac.

The waters here are relatively warm, due to the West Greenland Current and the subarctic location.

New bookings only. Fares are per person in the currency noted (USD), based on double occupancy, are capacity controlled, subject to availability at the time of booking and may be withdrawn without notice. Optional supplier charges may apply and are not included. Amenities, if offered, are available for the first two in a stateroom only & based on double occupancy unless specifically stated otherwise.