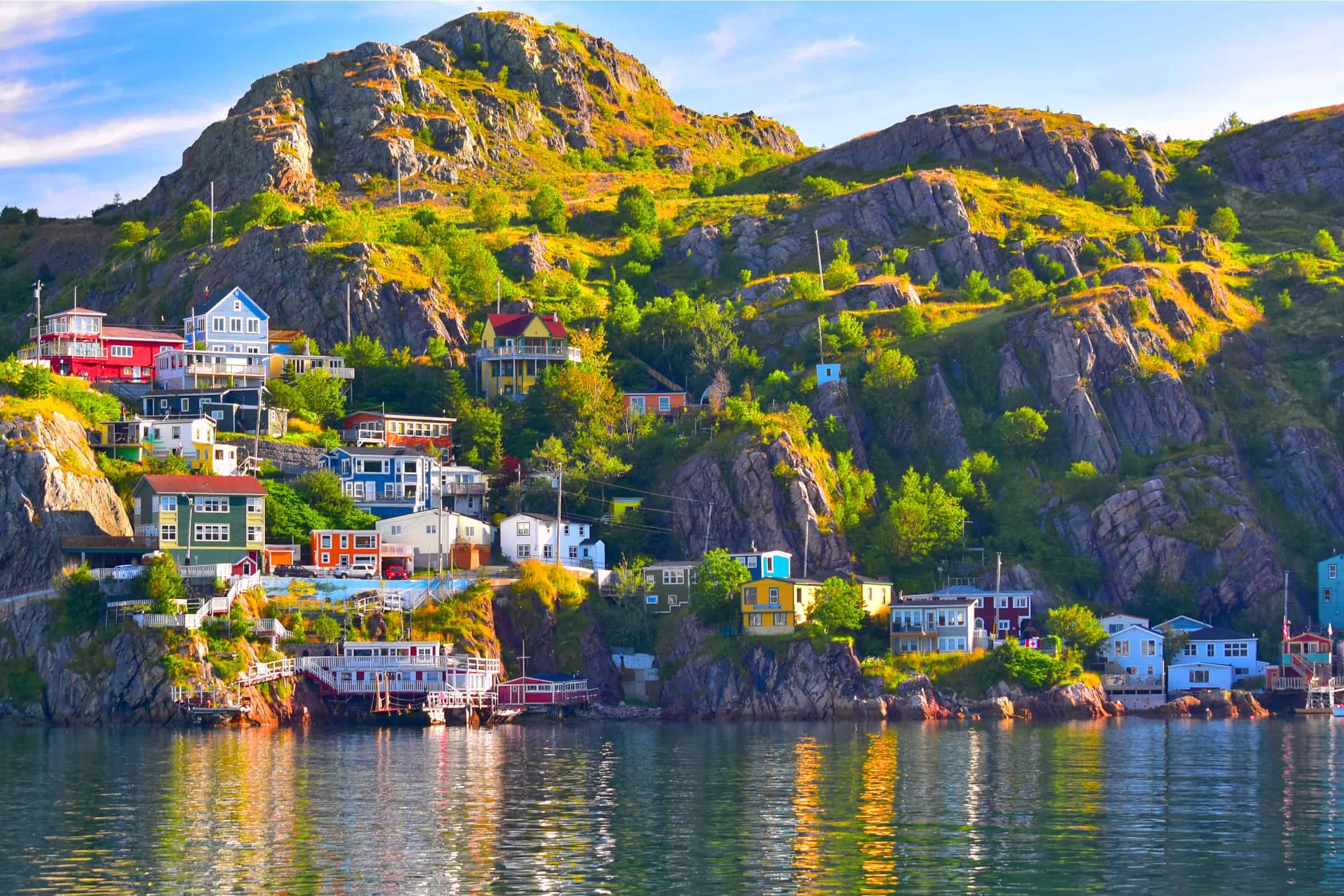 Since her childhood spent in the woods of Northern Ontario and Quebec, Margaret has been a passionate conservationist and a tireless advocate for birds. A deep believer in the power of getting people out into nature, Margaret has been travelling as a staff member with Adventure Canada for twenty years. Join her on this voyage of discovery. 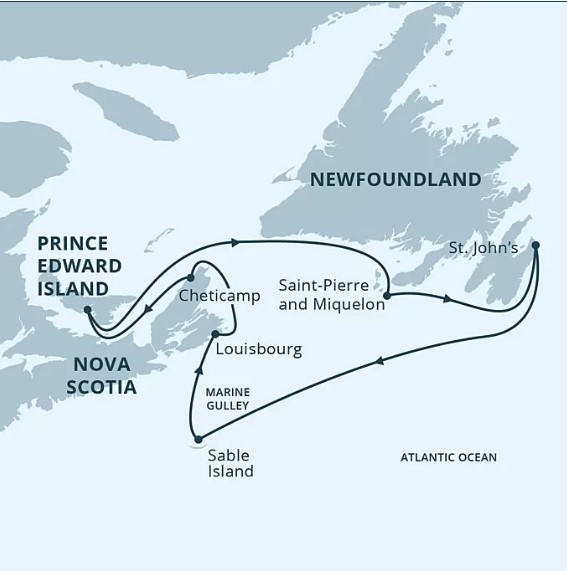 No items found.
Pricing
Call for pricing!
Pricing is per person, in USD and based on double occupancy. Additional terms & conditions apply.

Welcome to St. John’s—the vibrant capital of Newfoundland and Labrador.

Board the Ocean Endeavour for an evening departure and sail out of the historic port, looking out for Signal Hill as you exit the world-famous Narrows.

Photograph the charming houses of the Battery, always a hit with shutterbugs. Watch for icebergs, whales, and seabirds as you sail!

Day 2: At Sea
Learn Onboard

Listen to stories of the fascinating history and ecology of Sable Island as you sail towards its sandy shores.

Enjoy workshops and presentations, watch a documentary, and get your binoculars ready to watch for marine mammals and seabirds in the rich waters of the northwest Atlantic.

Be among the lucky few to set foot on Sable Island, a sandbar as long as Manhattan but only about a kilometre wide.

See the world-famous Sable Island wild horses, the largest grey seal colony in the world, and its many varieties of birds—including the endemic Ipswich Sparrow.

Hike the island’s sand dunes, take a Zodiac cruise along its shores, and learn first-hand about its fascinating human history.

According to the unique weather conditions here, we'll maximize opportunities for you to explore.

Sail through the Gully, a Marine Protected Area where the sea floor plunges two and a half kilometres into a submarine valley; it’s one of the most prominent undersea features in eastern Canada.

Learn about the significant coral communities and diversity of shallow and deep-water fish here, which draw whales and dolphins.

Join our onboard researchers out on deck to scan the waves for exciting sightings and to appreciate this abundance of marine life!

Immerse yourself in re-enacted colonial history at the Fortress of Louisbourg National Historic Site.

Learn about the many military tussles that took place here and wander through the halls of history at this reconstructed fort.

You’ll delight in this lively glimpse into the early days of Canada’s settlement.

Built by the French in 1720, the fortifications at Louisbourg were captured by the British in 1745, later returned to the French, captured again in 1758, and then destroyed.

Take a Zodiac cruise at the Bird Islands, just off Cape Breton’s coast near Cape Dauphin, a critical seabird nesting and breeding area that includes the largest colony of great cormorants in Canada.

Be on the lookout for black-legged kittiwakes, razorbills, Atlantic puffins, black guillemots, and perhaps Leach’s storm-petrels, too.

Call in at the fishing village of Chéticamp on the western shore of Cape Breton Island.

Enjoy the busy fishing harbour, rug-hooking museum, shops, and restaurants that all offer a taste of Acadian heritage.

Hike the spectacular Skyline Trail at nearby Cape Breton Highlands National Park, world-renowned for its wildlife and scenery of rugged highlands and wind-swept coasts.

Cape Breton Island is a bastion of Gaelic music and culture, sometimes called “more Scottish than the Scots.”

Meander through historic Charlottetown, Prince Edward Island, known as the Birthplace of Confederation.

A charming town and the capital of Canada’s smallest province, Charlottetown offers access to all of PEI within a relatively short drive.

Journey through the beautiful and windswept coast of southern Newfoundland, dotted with bays, coves, and a few remaining remote outport communities.

Spot plentiful birds, whales, and other wildlife as we make the most of every opportunity for Zodiac and land excursions.

A visit here will be a highlight of your trip!

Indulge in the colourful town of Saint-Pierre, a charming finale to your trip. Just off the shores of Newfoundland lie the islands of Saint-Pierre and Miquelon—an official territory of the French Republic.

Wind through charming streets lined with shops, houses, and cafés that bring a taste of Europe to the east coast of North America.

Complete your journey by sailing back through the picturesque Narrows and into St. John’s harbour.

Say your farewells to Atlantic Canada in this cultural hotspot and North America's oldest city.

New bookings only. Fares are per person in the currency noted (USD), based on double occupancy, are capacity controlled, subject to availability at the time of booking and may be withdrawn without notice. Optional supplier charges may apply and are not included. Amenities, if offered, are available for the first two in a stateroom only & based on double occupancy unless specifically stated otherwise. CruisePlus reserves the right to correct any human or electronic errors throughout the website at anytime.

Fill up the form and our Team will get back to you within 24 hours.

3018 Ross Road, Nanaimo, BC
Thank you! Your submission has been received!
Oops! Something went wrong while submitting the form.