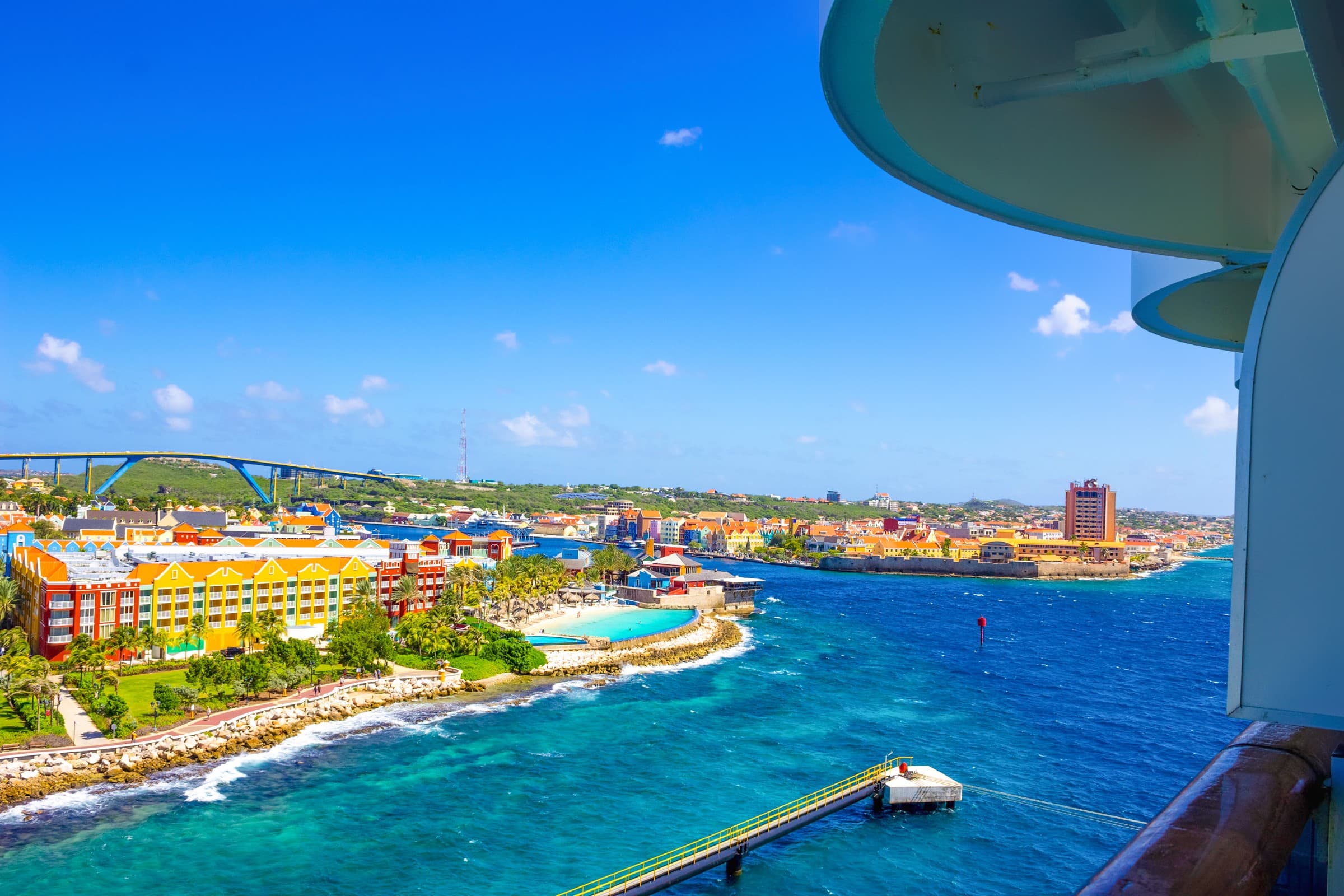 Curacao is one of the so-called ABC Islands, located in the Southern Caribbean, north of Venezuela.  It is an autonomous country within the Royal Dutch Kingdom, and that heritage is reflected in the architecture and some of the cultural aspects of Curacao.

Curacao has a population of close to 160, 000, is 38 miles long and up to 8 miles wide.  There are flights from Canada and the US directly into Curacao.  Although tourism is important, it is not the only industry here – trade and the oil industry also have a strong presence.

What is Curacao known for?

The capital city of Willemstad

Willemstad was founded on a natural harbour by the Dutch in 1634 and became an important trade hub for the Dutch West India Company, which was started by privateers.  Piracy, anyone?

Willemstad has colorful architecture influenced by the Dutch, the Portuguese, and the Spanish, all of whom traded in this area.  It is so strikingly European, you might be forgiven for mistaking this for a European port.

In the late 90s’, the historical areas of Willemstad were recognized as a UNESCO World Heritage Site.  You can see the influence and development of the nations who traded here throughout the various neighbourhoods in Willemstad.

There are over 35 beaches on Curacao, many located in the southern area of the island.

Dive and snorkel sites are accessible from shore, but also are available by boat.  Many of the reefs are in good shape, though there has been some concern about the health of some reefs in recent years.  (Did you know – science seems to be indicating that some of the ingredients in sunscreens are harmful to reefs?)  There are also wreck dives in this area, and the wreck of the Superior Producer, which sunk in 1977 is considered to be one of the best in the Caribbean.  Watamula is the most popular dive site in Curacao; here you can see a variety of soft and hard corals, fish, and other marine life supported by the rich environment created where two currents collide.

Curacao’s average temperature is 29 C, with an average water temperature of 27 C.  What’s not to like?

Luckily, the location of Curacao protects it from the worst of the bad weather systems – it is not in what is called “the hurricane belt”.  That doesn’t mean that a hurricane could not happen, but typically Curacao avoids a direct hit.  Even so, storms can cause damage here.

This liqueur is made from the skins of a citrus fruit called laraha which resembles bitter orange.  The liqueur is sweet and sour at the same time and often has color added to it.

Curacao is interesting in terms of topography; it is quite hilly and provides beautiful backdrops for incredible views. The highest elevation is at the summit of Mount Christoffelberg, at over 1200 feet.  The shoreline is often quite craggy, with inlets, caves, and land bridges having been created by large waves.  Some of the terrain is reachable only by 4 X 4.

Weather:  Curacao is typically very windy.  The rainy season is from October to December; the rest of the year is relatively dry in this semi-arid climate.

Official Languages: Dutch,  Papamiento, English.  Much of the population is multi-lingual 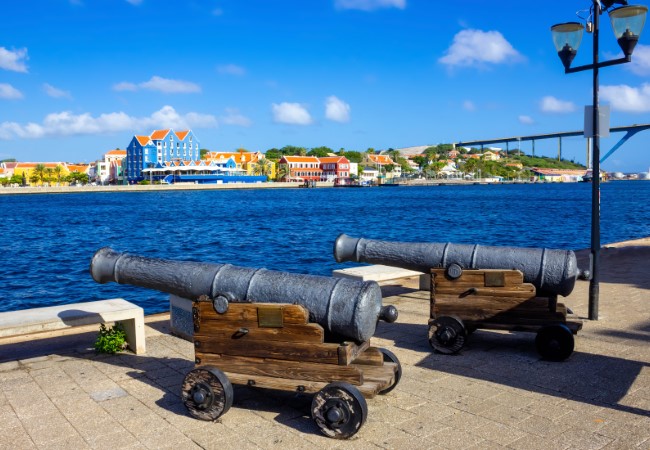 Christoffel National Park, Curacao
The only national park in Curacao, Christoffelpark is worth your time. You will see a variety of flora and fauna, and likely see wild deer that are native to the region. Also in the park is the Savonet Museum Curacao, in the old formal plantation house of Savonet Plantation. Here you can learn about the earliest inhabitants of Curacao, the Arawaks, who arrived about 4000 years ago, all of the influences on the island since, including pirate activity and the slave trade. The park also is a great place to hike, with trails that range from very easy to very challenging; the hike to the top of Mt. Christelhoffberg is not for the faint of heart, and it is advised that you do it only in the early morning because it just gets too hot. The views, though!
Google 360
Google Map
Youtube Video
Visit Website

Curaçao Sea Aquarium
Curaçao Sea Aquarium is Curaçao’s premiere location for marine life exploration! They use an Open Water System, which means that fresh seawater is continuously pumped into the aquaria and returned to the sea through overflows creating natural environments for all marine creatures without using chemicals or filters. This makes Curaçao Sea Aquarium one of the world’s most unique sea aquariums.
Google 360
Google Map
Youtube Video
Visit Website

Tomasito Cave, Curacao
If you are feeling adventurous, you can visit and swim in this cave that is on the property of the Kura Hulanda Lodge; just check in with the front desk first if you are not staying there
Google 360
Google Map
Youtube Video
Visit Website

Savonet Museum, Curacao
Learn about the earliest inhabitants of Curacao, the Arawaks, who arrived about 4000 years ago, all of the influences on the island since, including pirate activity and the slave trade.
Google 360
Google Map
Youtube Video
Visit Website 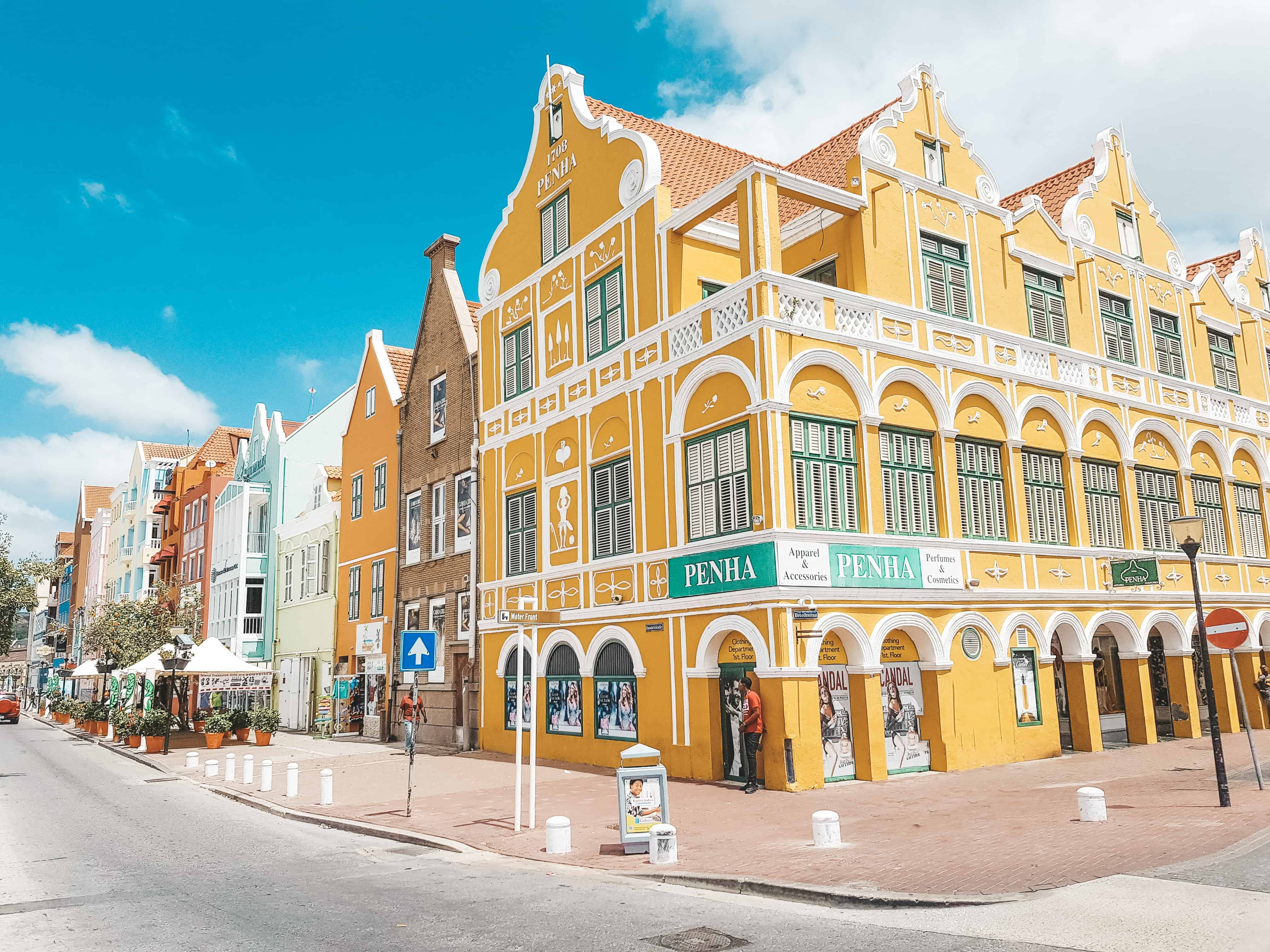 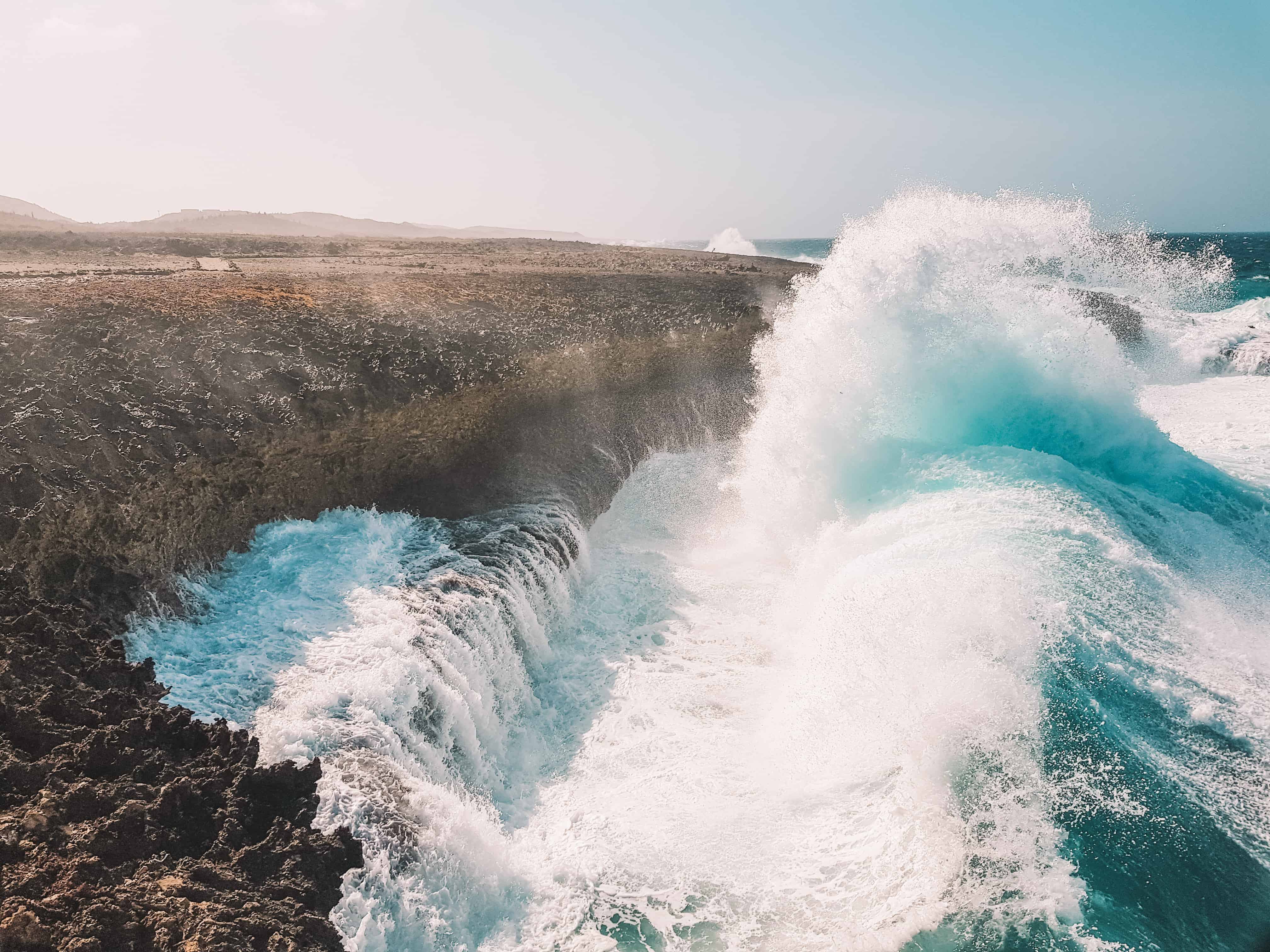 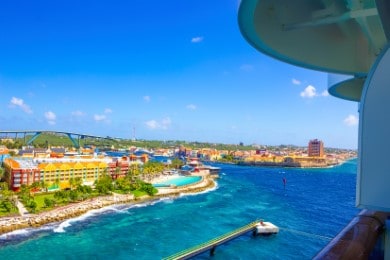 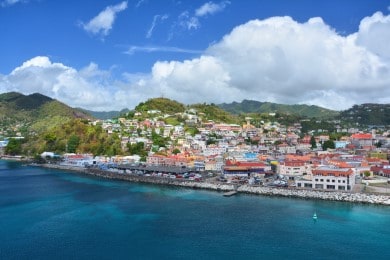 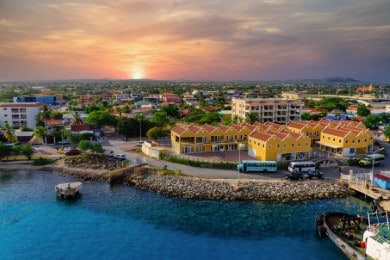 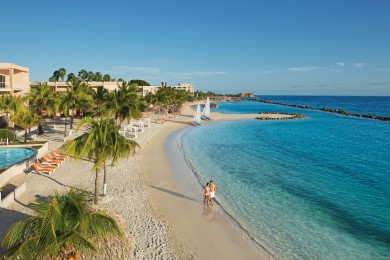 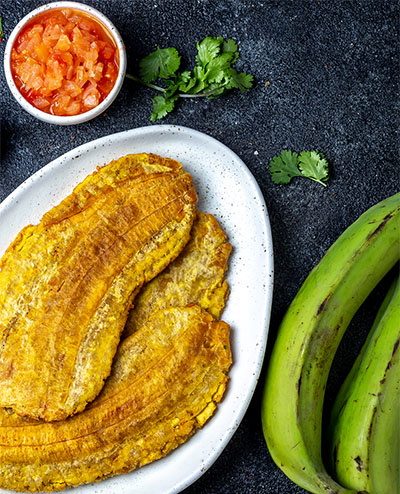 Curacao photos were provided by our amazing graphic designer Clare! 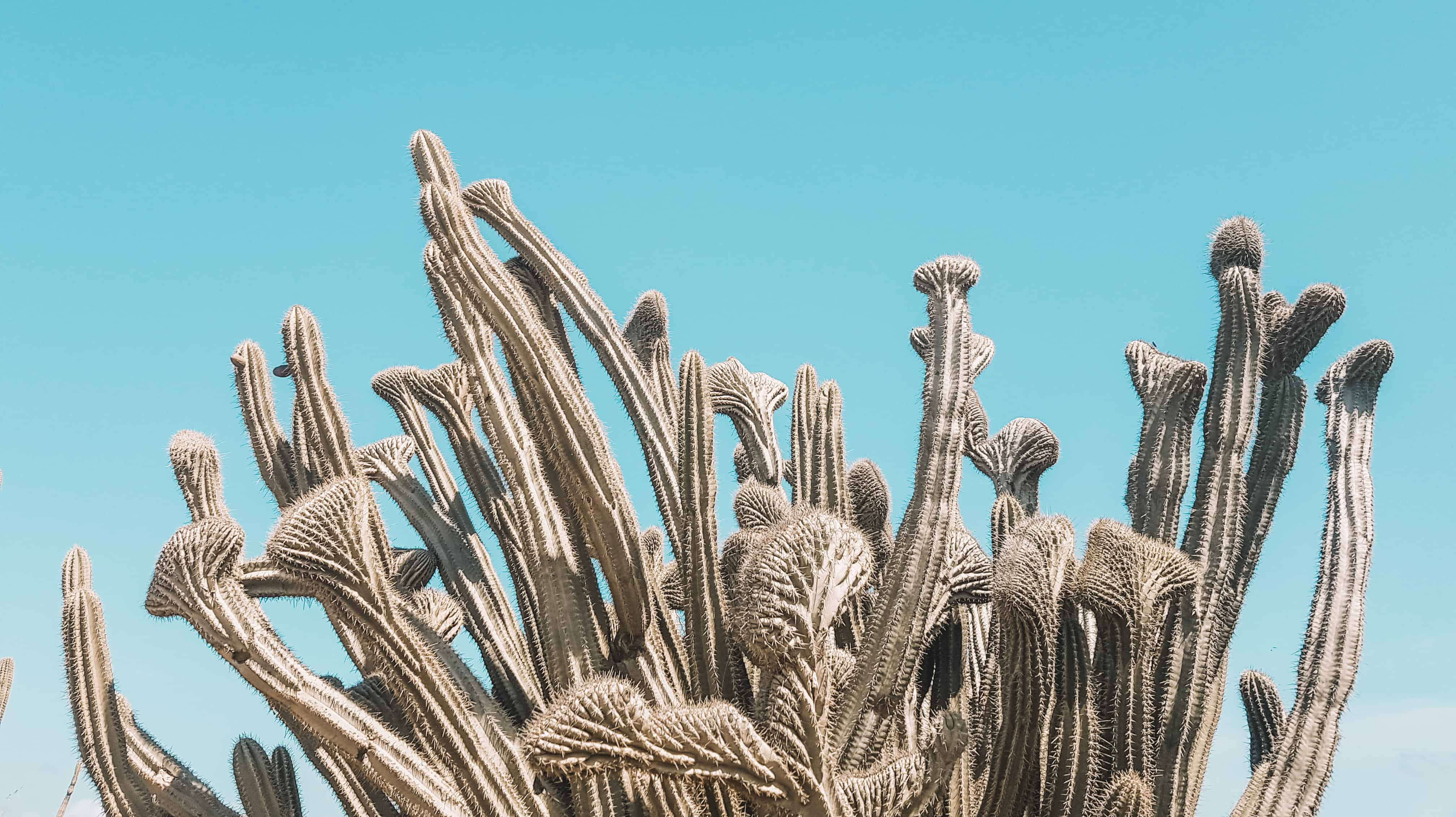 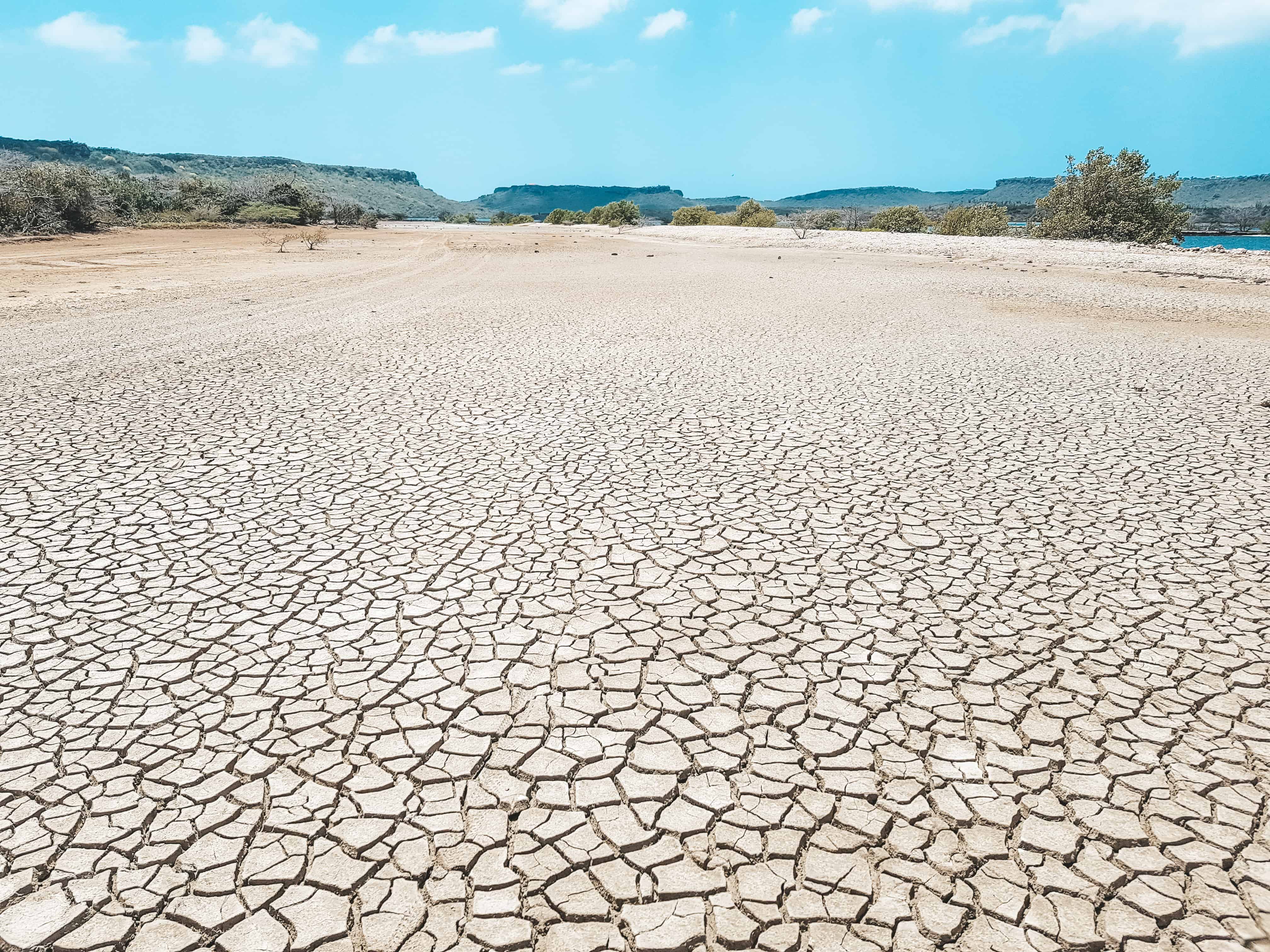 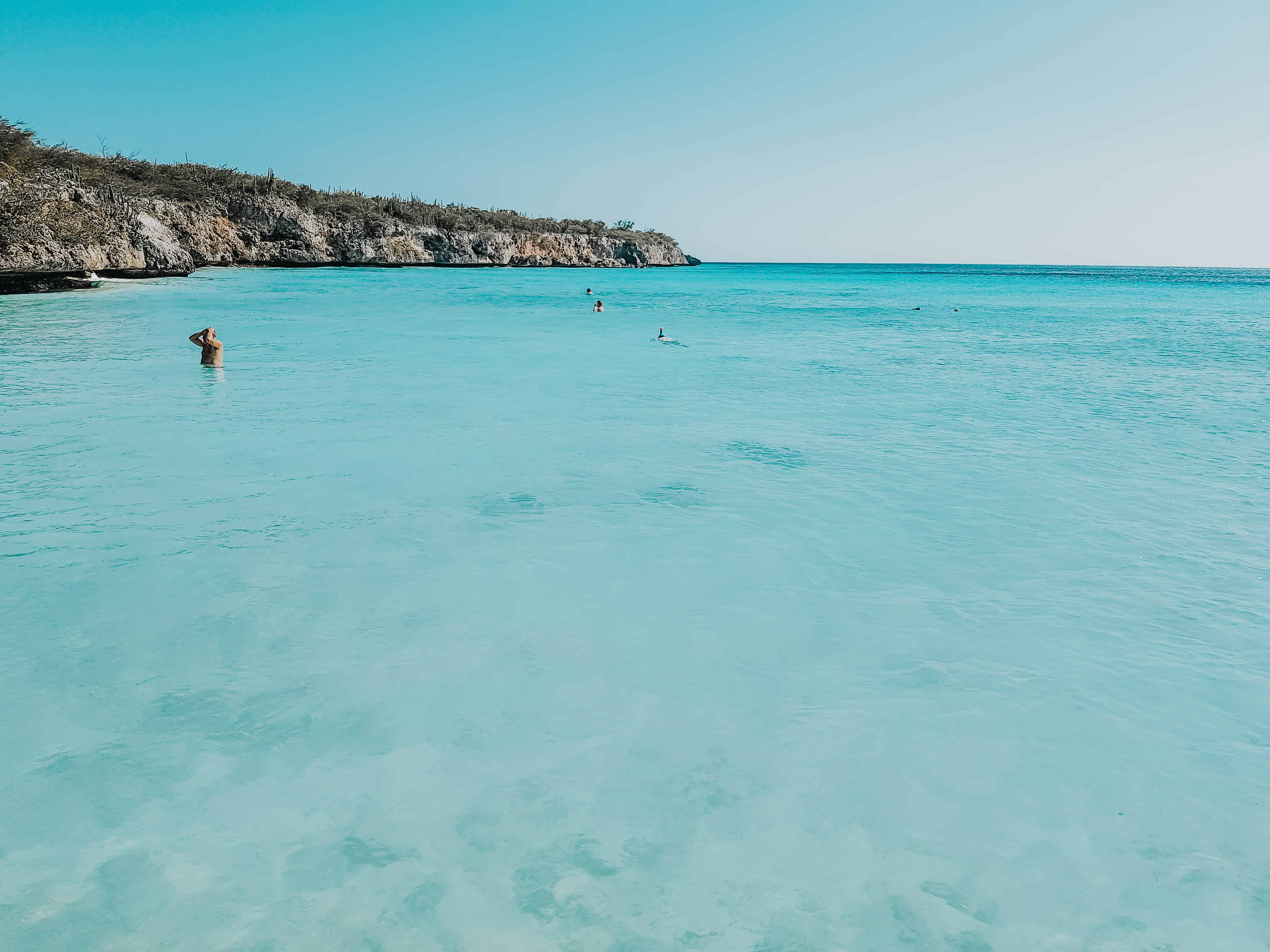 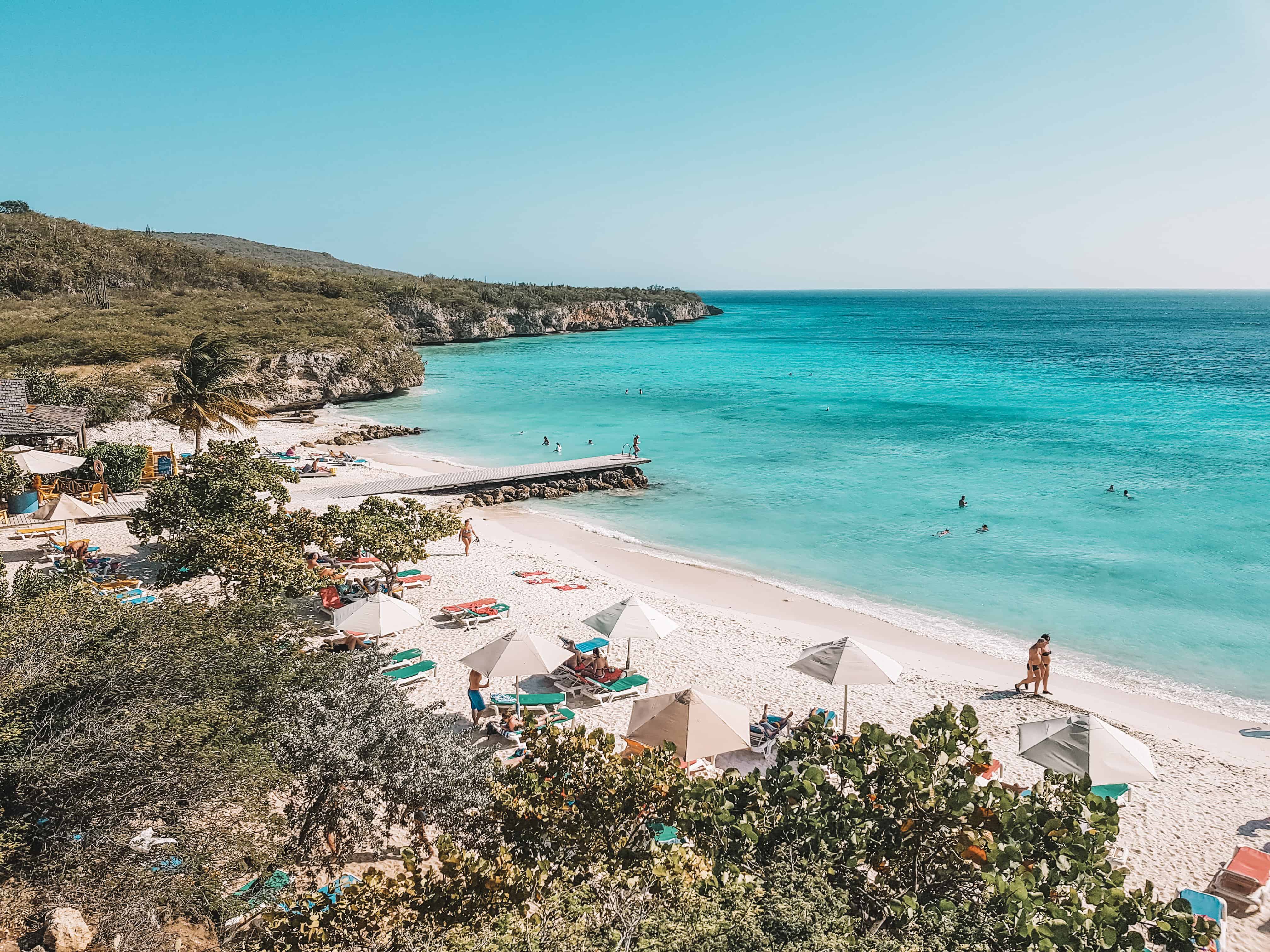 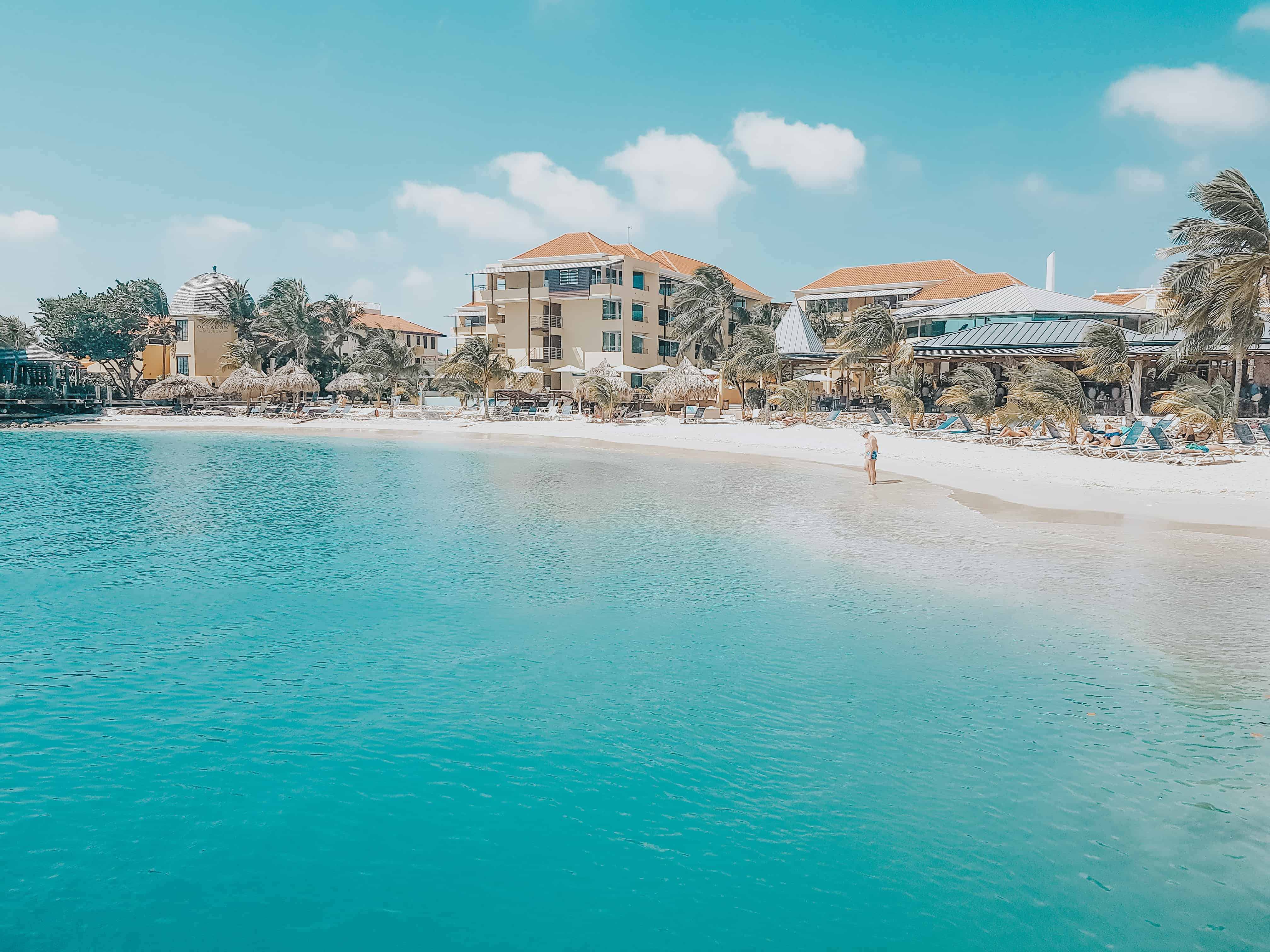 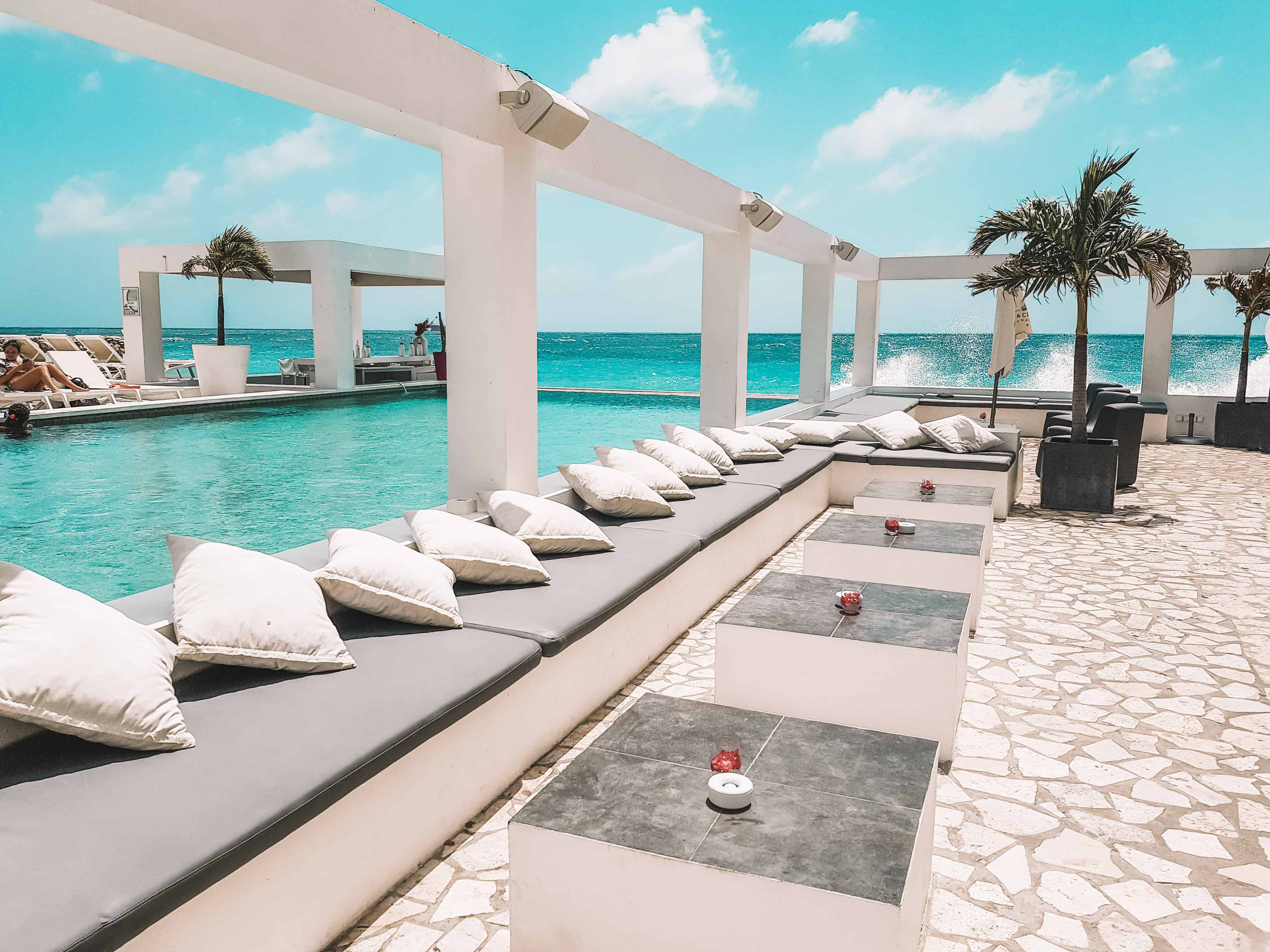